As part of Auto-Ordnance’s ongoing series of custom 1911s paying tribute to the men and women who supported America’s drive towards victory in World War II, we are proud to introduce the “Fly Girls” 1911. This custom pistol honors the Women Airforce Service Pilots (WASPs), who played a vital role in the war effort. Over 1000 women served as pilots during WWII, taking on vital roles operating aircraft in non-combat positions so their male counterparts could directly engage the enemy. These women aviators were pioneers in the profession, facing all of the risks and challenges shared by pilots of the time period. By war’s end, 38 had given their lives in service to their country.

Auto-Ordnance is proud to honor the dedication and sacrifice of the WASPs with this beautiful engraved and Cerakote finished custom 1911 pistol! The right side features the diamond shaped badge of the Women’s Air Corps; its design is patterned after Greek goddess Athena’s shield. Nearby are the years of WASP service, 1941-47, and the slogan “Pistol Packin’ Mama”. Engraved on the left side is the title “Original Fly Girls”, and the cartoon gremlin “Fifinella”, a design by Walt Disney, used as the official WASP mascot during WWII. The Army Air Corps roundel is on both sides of the slide. Contact your local firearms dealer to order your own Fly Girls 1911! MSRP is $1091. 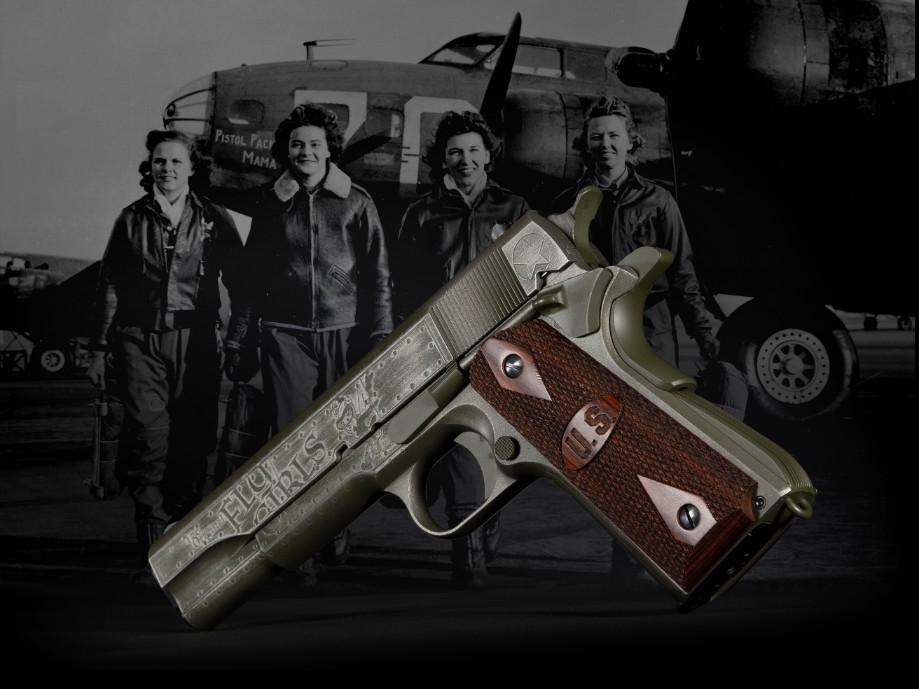 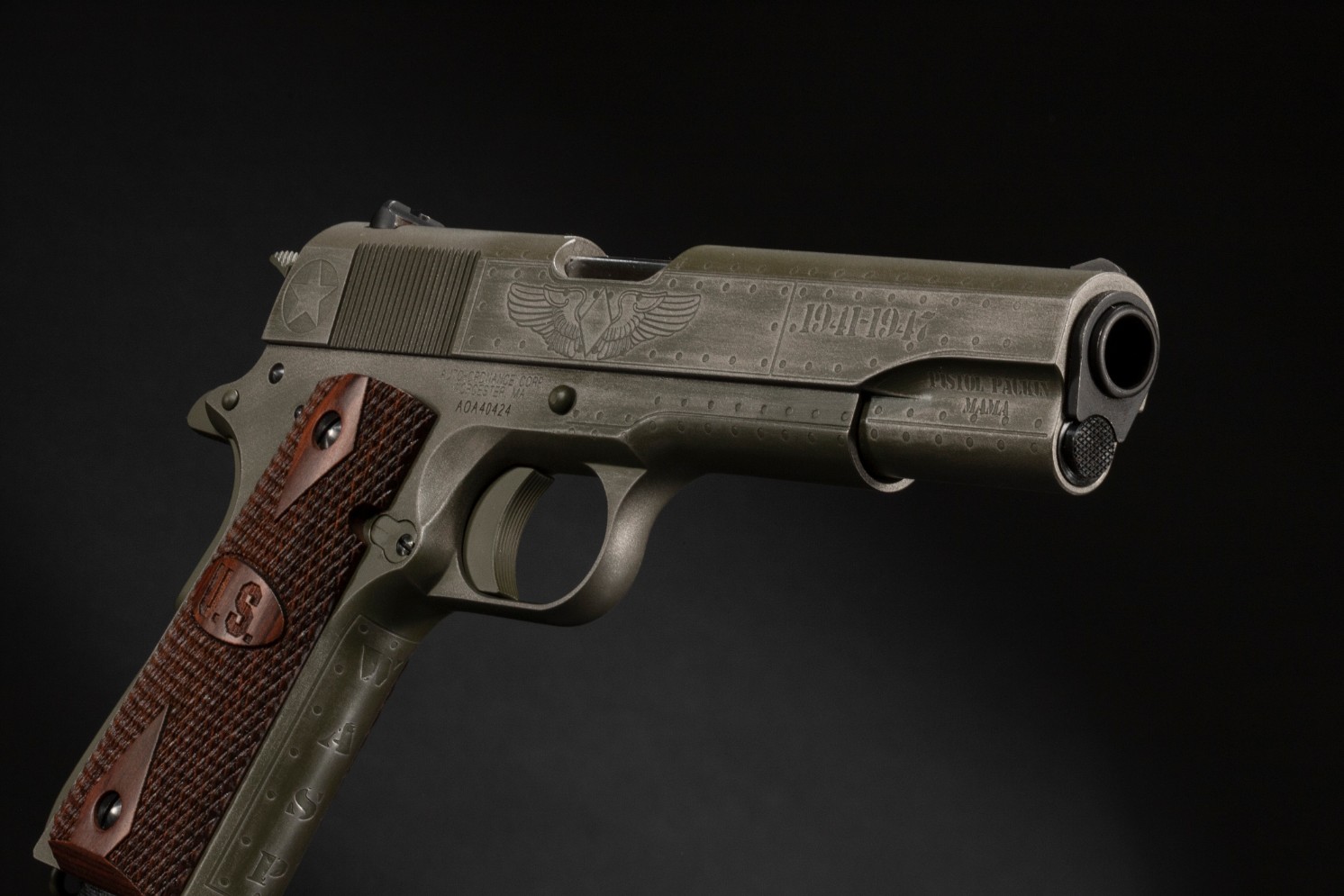 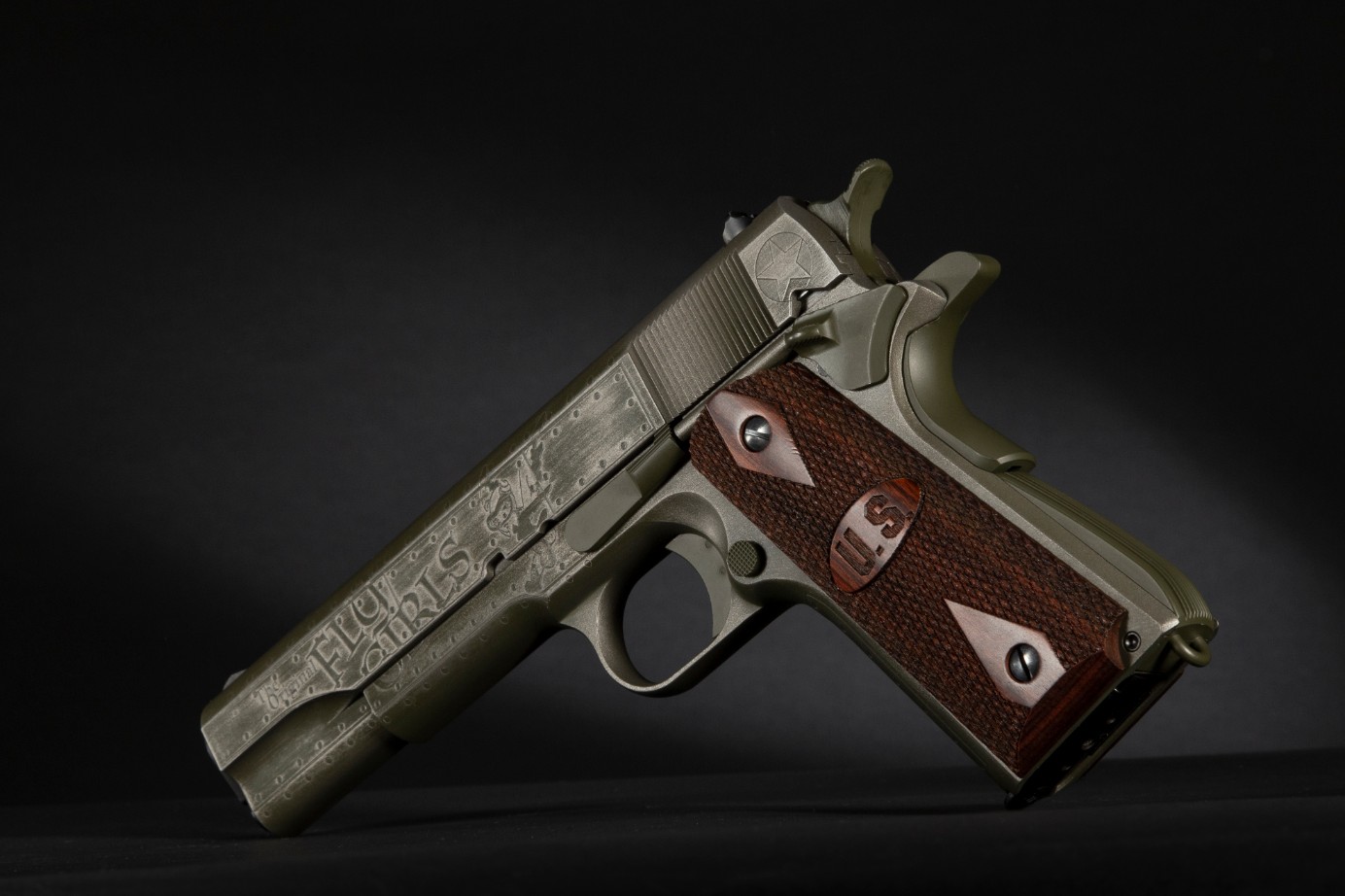 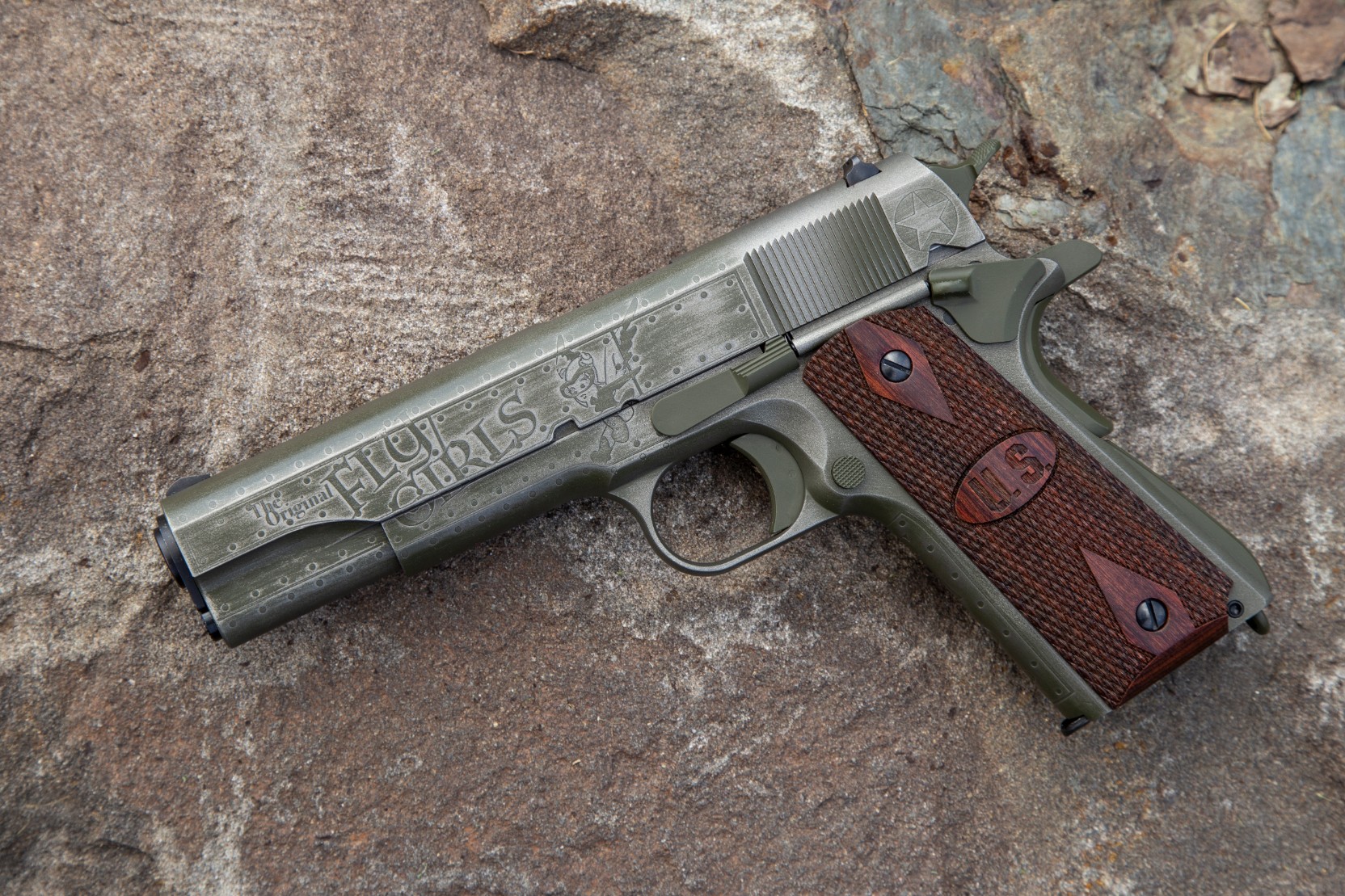