Many great men lead American forces on D-Day. Their names have become legends in American history, forever remembered as personifying the exceptional characteristics of courage, wisdom, and determination that Americans admire in our warrior leaders.

To honor their service and leadership in our nation’s time of need, Auto-Ordnance introduces the “The General 1911” commemorative D-Day 75th Anniversary pistol. Engraved on the left side of the pistol is the iconic image of General Dwight D. Eisenhower, speaking to his men prior to the start of Operation Overlord. His insightful words, “Only our individual faith in freedom can keep us free” are engraved on the slide. The right side features the image of General Omar Bradley, Admiral Alan Kirk, a battle worn American Flag, and D-Day 75th Anniversary commemorative emblem. An Army eagle badge is engraved on both side of the grips. The finish is super durable Cerakote in Patriot Brown, with Olive Drab controls and Armor Black engraving. This guns starts as the GI Model 1911, made entirely in the United States. It features a 5” barrel, GI sights, and is chambered in .45 ACP. One seven round magazine is included. 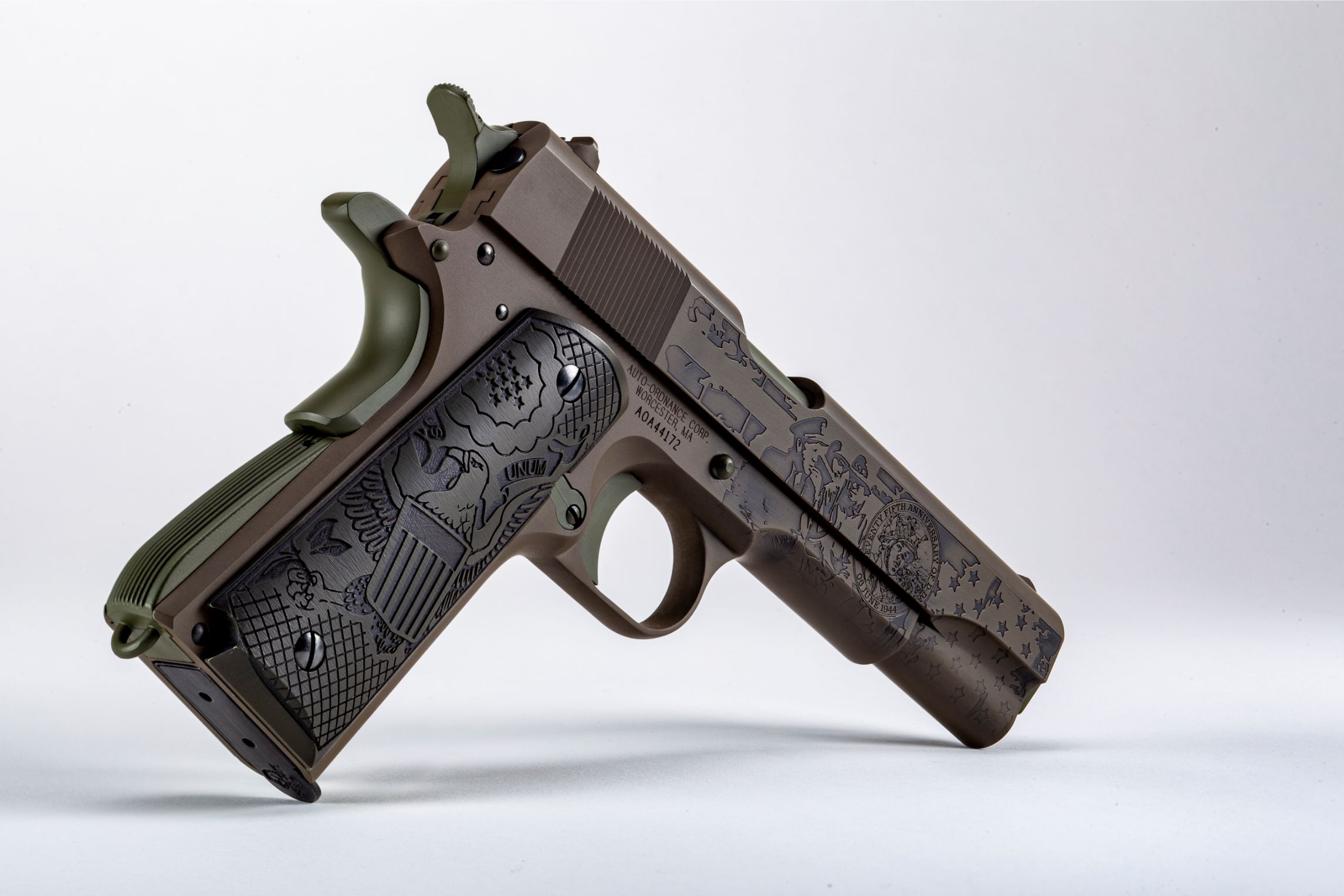 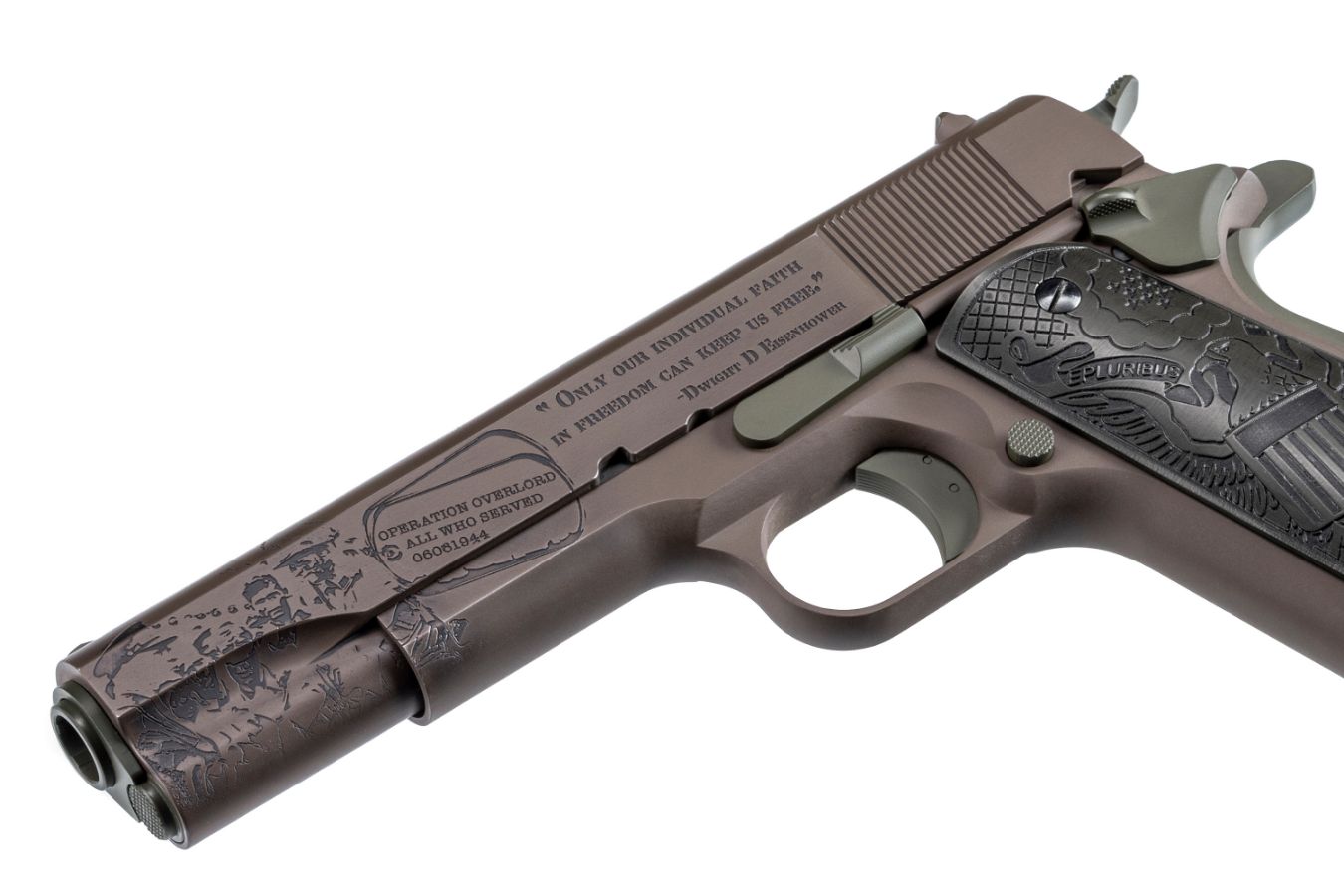 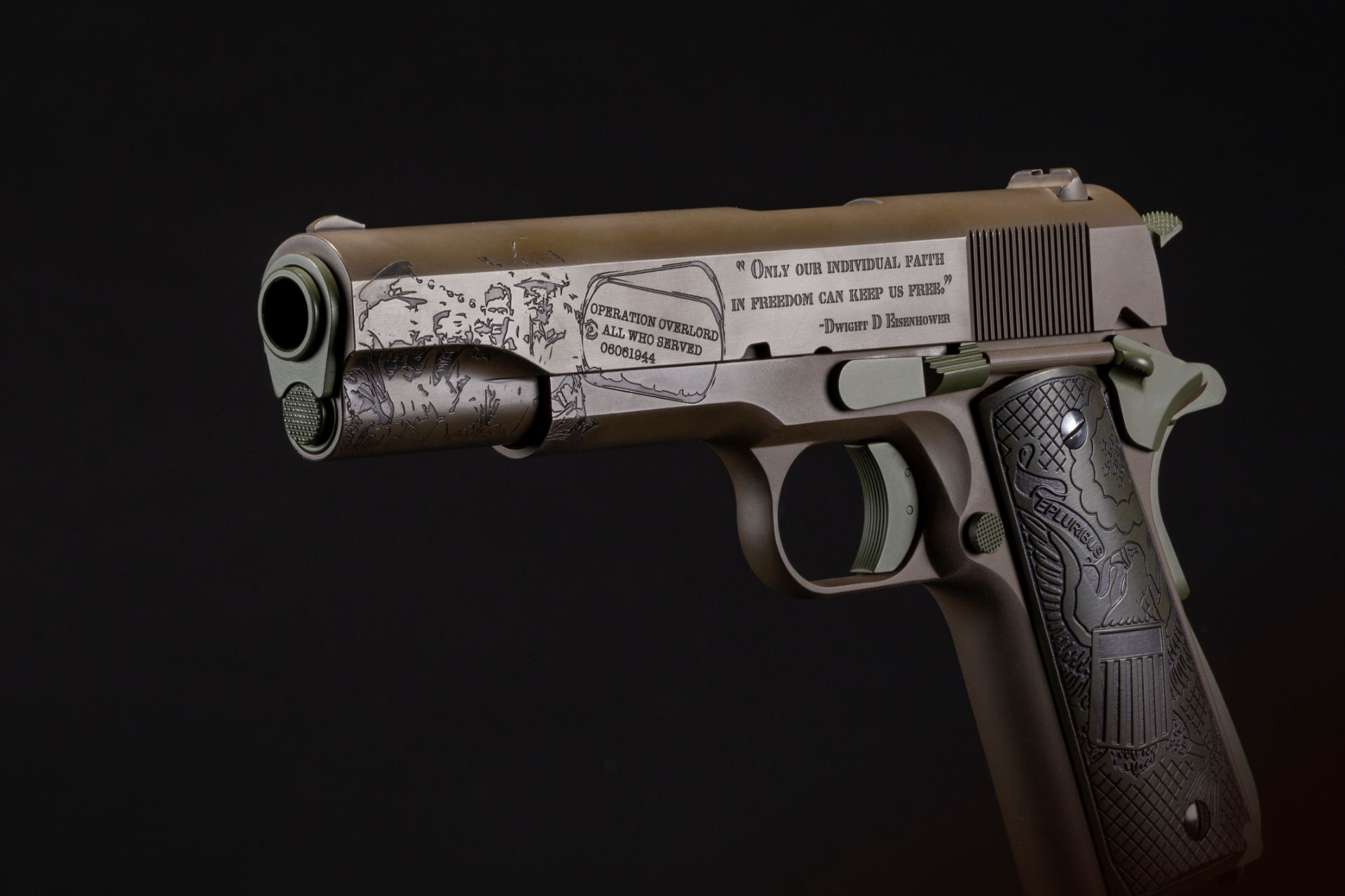 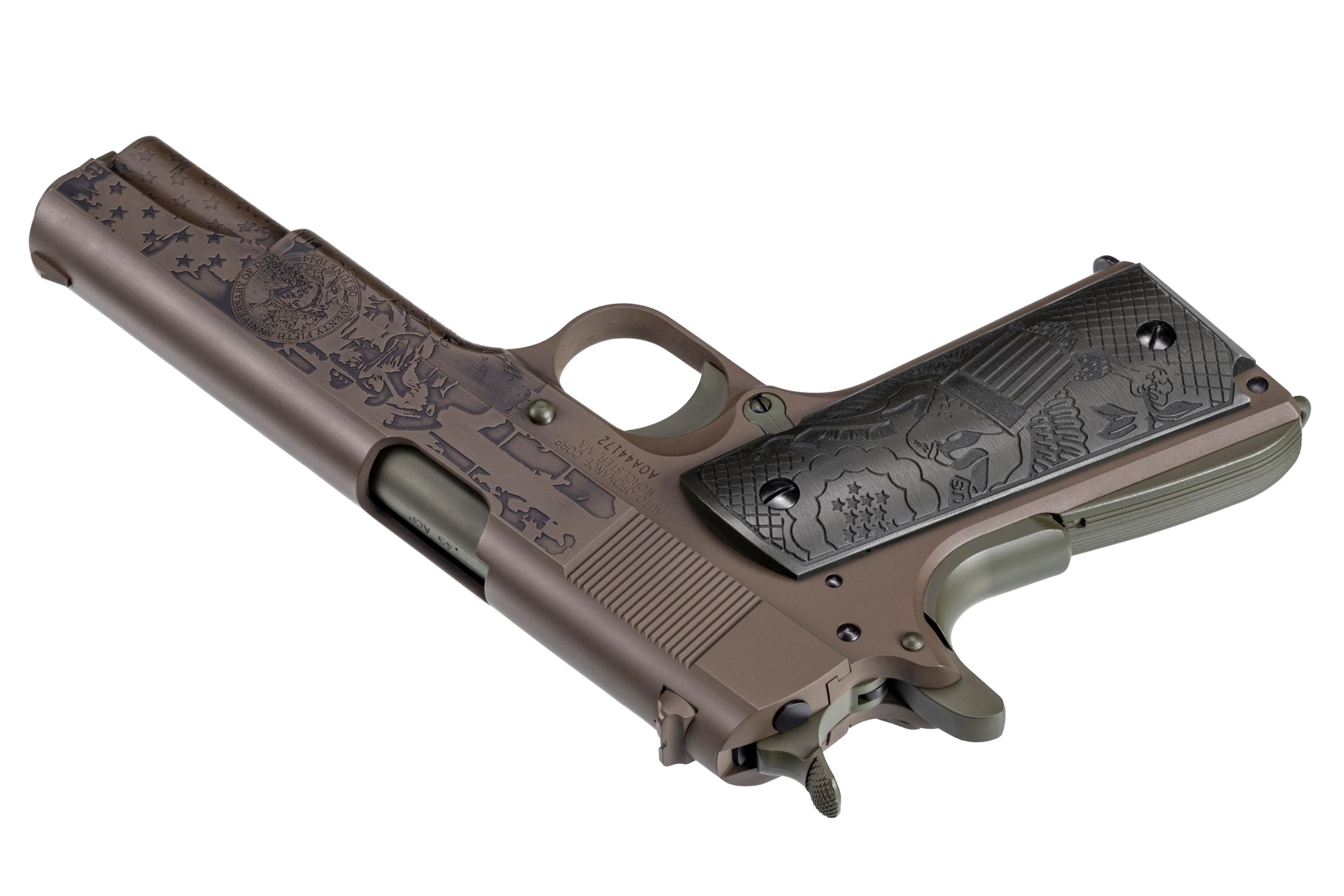