On D-Day, the U.S. Army Rangers had one mission: seize German fortifications at Pointe du Hoc, and destroy the enemy positions. In considering what was required to complete the mission, this was a task that most would view as impossible. Success demanded landing on a beach under heavy German fire, scaling a sheer cliff face, and storming heavily fortified positions. Yet as history would soon record, on 6 June, 1944, the Rangers led the way and accomplished one of many impossible missions in their storied history.

Auto-Ordnance honors the memory of the “Boys of Pointe Du Hoc” with “The Ranger Thompson”. Each gun features engravings commemorating the Ranger’s role in D-Day. On the right buttstock is engraved part of President Ronald Reagan’s famous speech on the 40th anniversary of the landing, along with an image of an Army Ranger, the Ranger patch, and grappling hook used to scale the cliffs. The date of the battle is on the right forearm. On the left side handguard is engraved Maj. General Cota’s quote forever associated with D-Day, “Rangers Lead the Way!” Images of Rangers in action, the Medal of Honor, and their leader Lt. Col. James Earl Rudder adorn the buttstock. Each side of the grip has a 75th Anniversary D-Day commemorative emblem. The finish is super durable Cerakote in Olive Drab, with Patriot Brown controls, and Armor Black fill on the engraving. Each gun starts as a factory Thompson M1 Model, chambered in .45 ACP, with 16.5” barrel, fixed battle sights, and high quality American walnut furniture. One Olive Drab Cerakote 30 round magazine and one blued 20 round magazine are included. 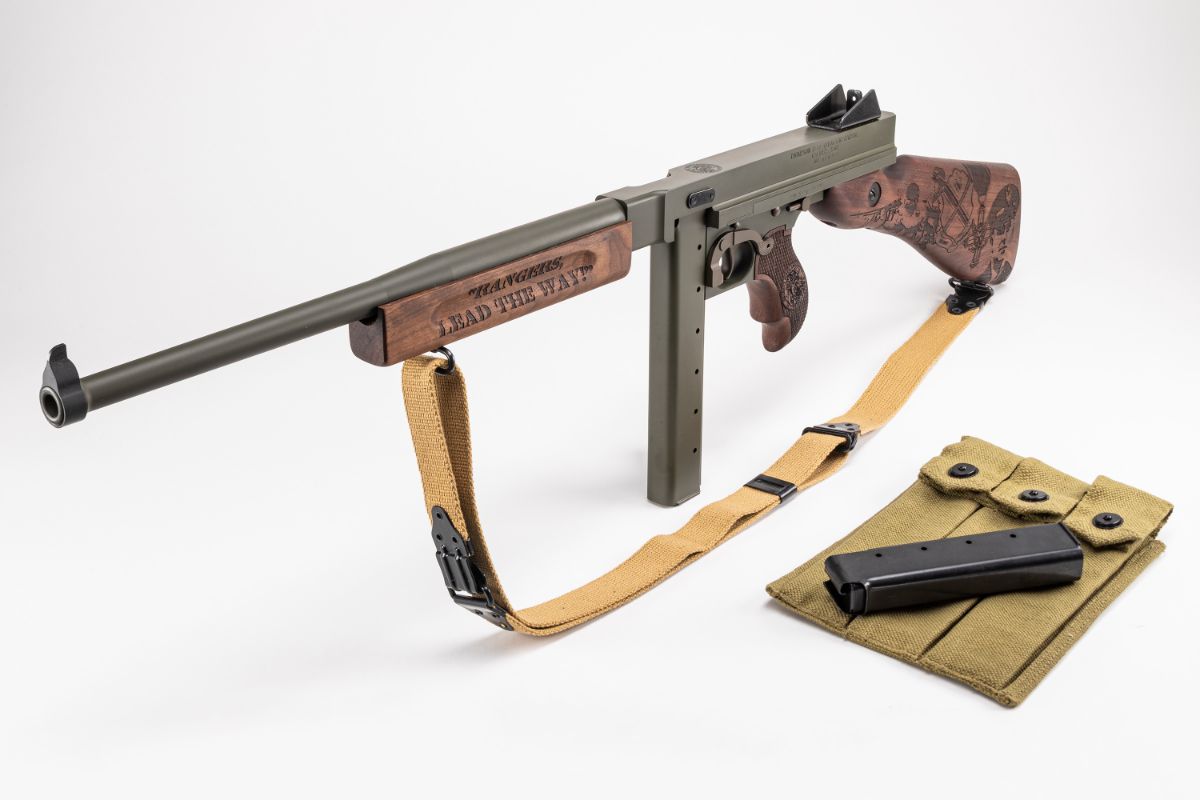 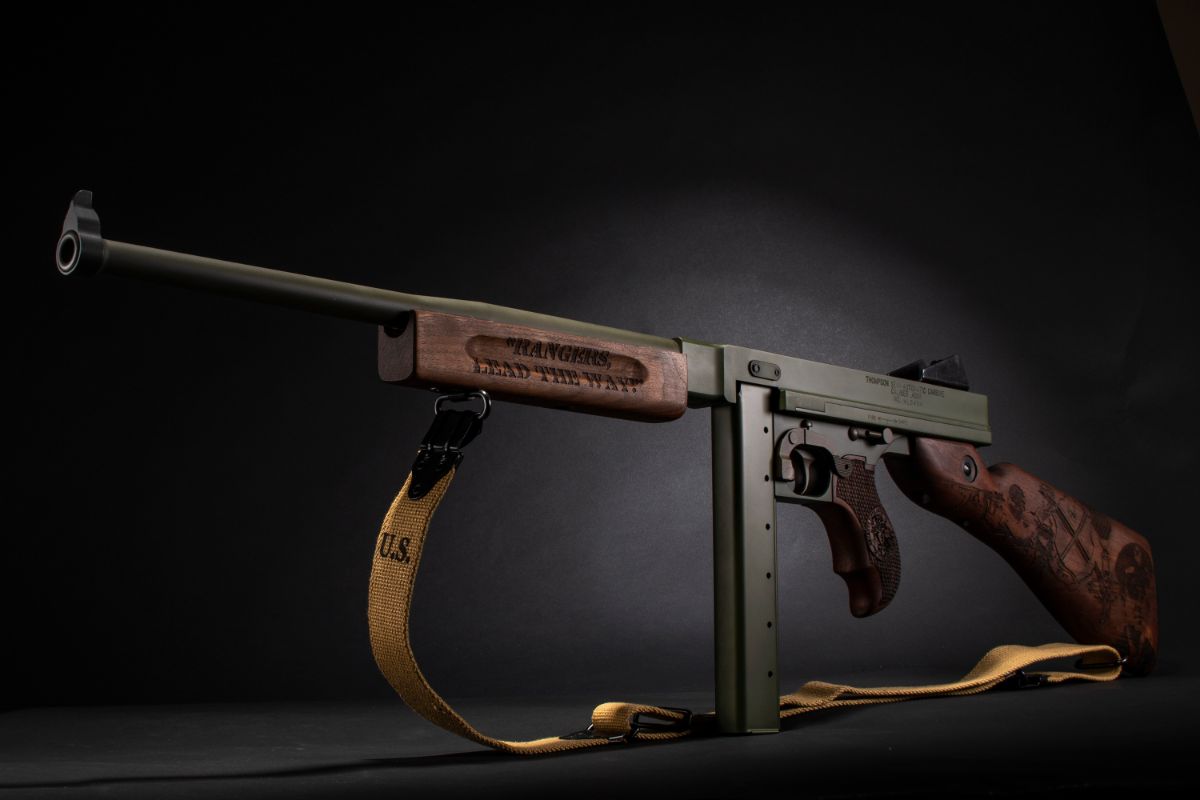 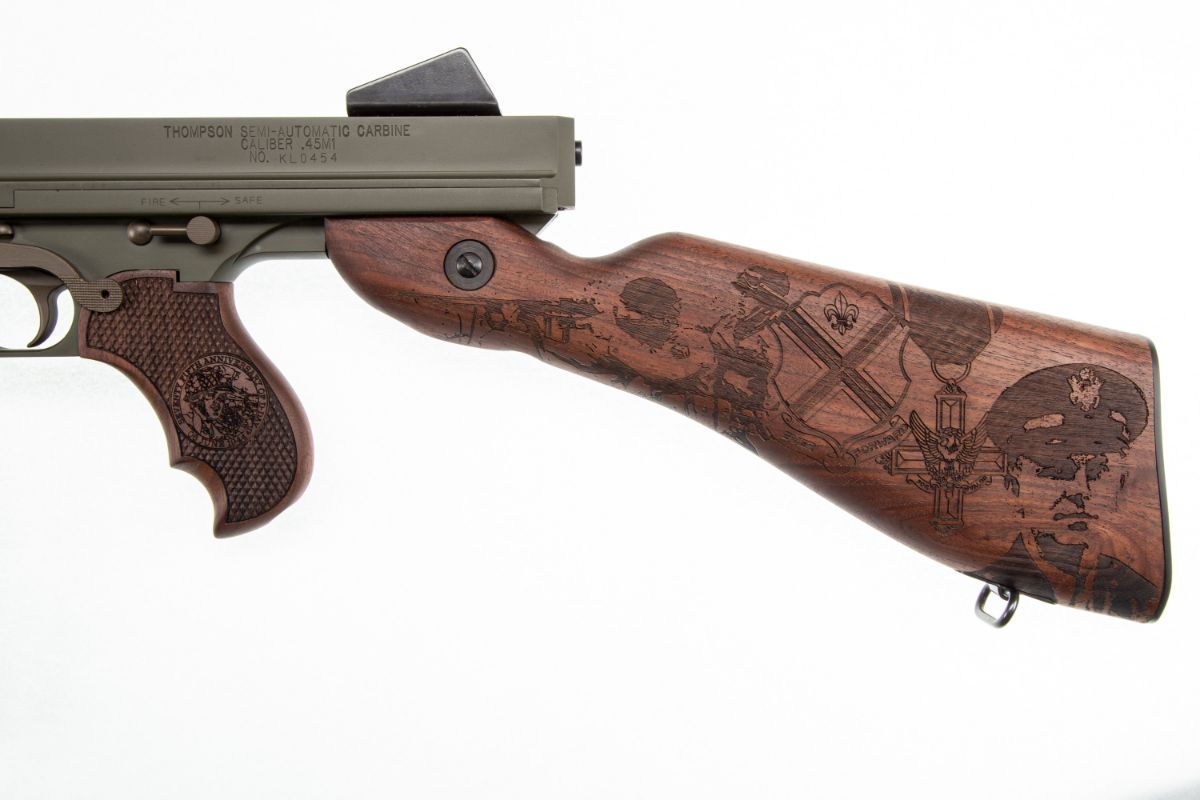 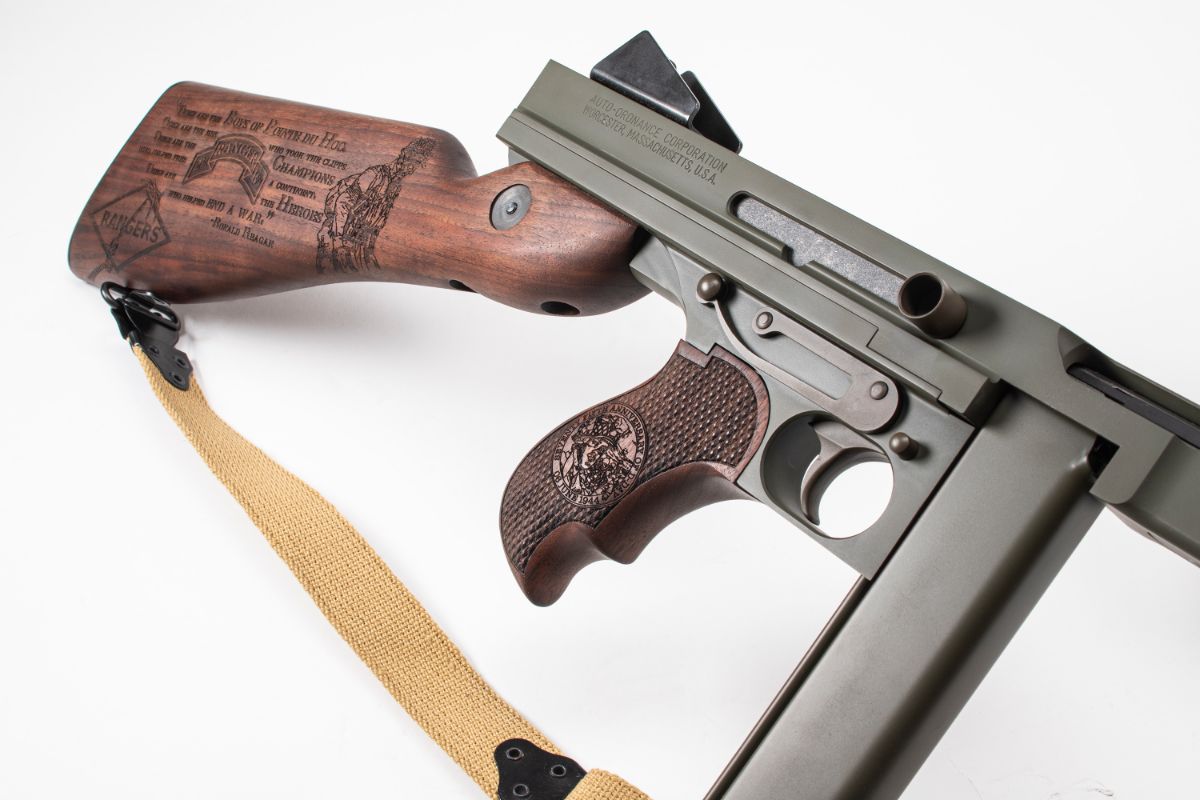 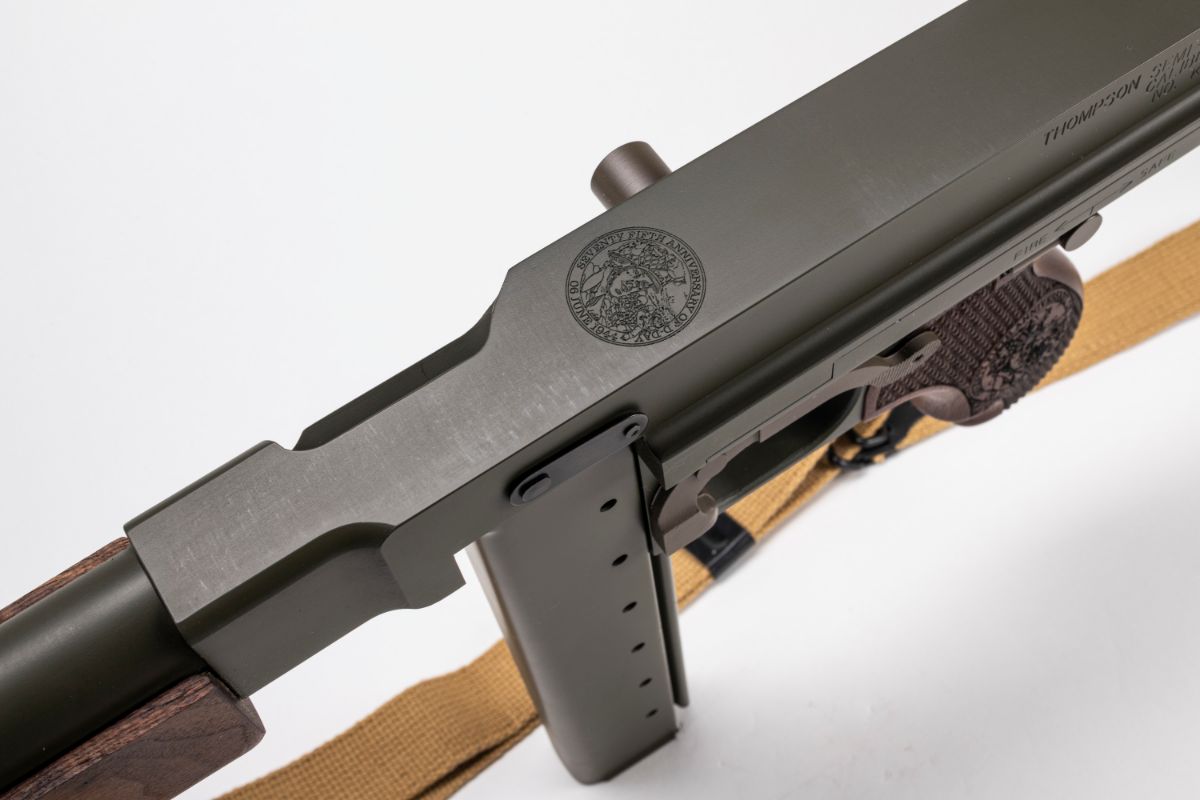