On 6 June, 1944, the greatest Allied undertaking of World War II took place, when America's brave warriors were called to do the impossible, beginning the struggle to wrest Europe from the hands of Nazi tyranny. On the beaches of Normandy, many American soldiers lay down their lives so that others could be free. Again demonstrating what so many of their fellows have shown throughout our nation's history, on battlefields around the world: Americans will always fight for freedom.

Auto-Ordnance announces the "The Soldier M1 Carbine", commemorating the soldiers who landed by sea and air in France on that fateful day, 75 years ago. On the left side is engraved the newspaper headlines announcing that the invasion had begun, followed by part of General Eisenhower's famous address to his gathered forces. The buttstock features images depicting the beach landings. On the right side are engraved the patches of the United States Army divisions involved, and paratroopers in their drop gear. The map of the landings is shown in part, with commemorative dog-tags for Operation Overlord. Each D-Day M1 Carbine is made entirely in the United States, and finished in super durable Cerakote Patriot Brown. Chambered in .30 Carbine, with an 18' barrel, American Walnut stocks, flip rear sight, and comes with a 15 round magazine. 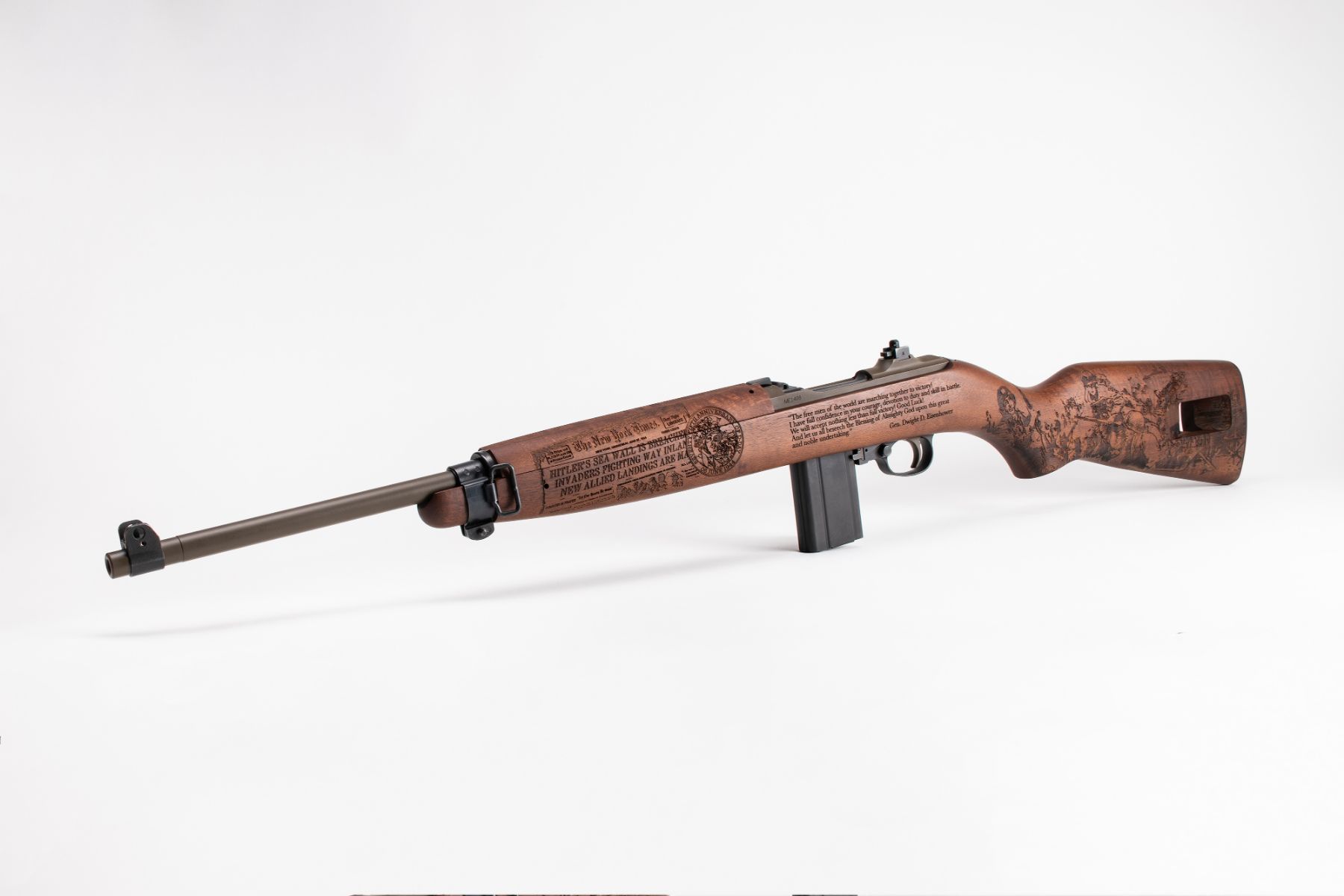 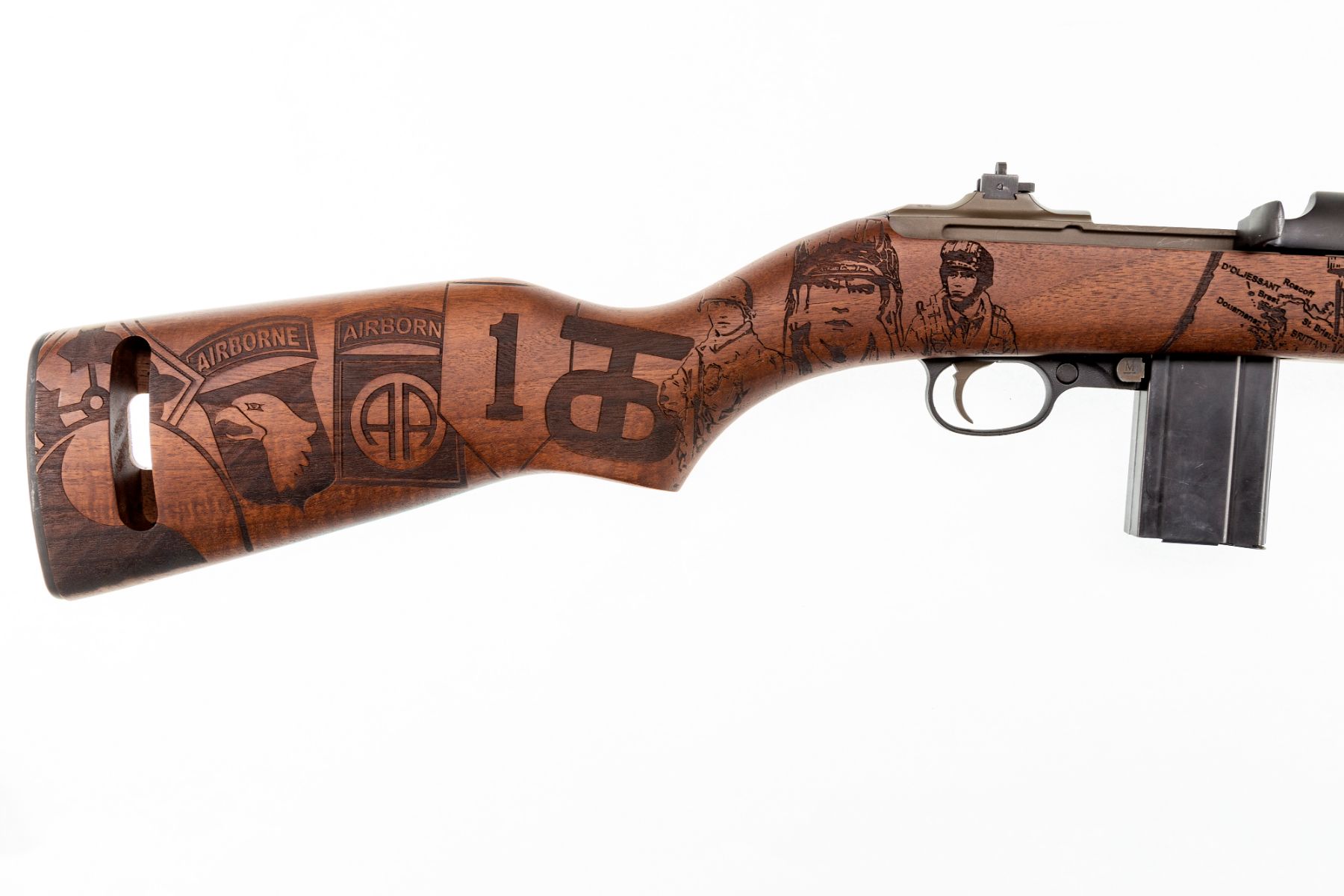 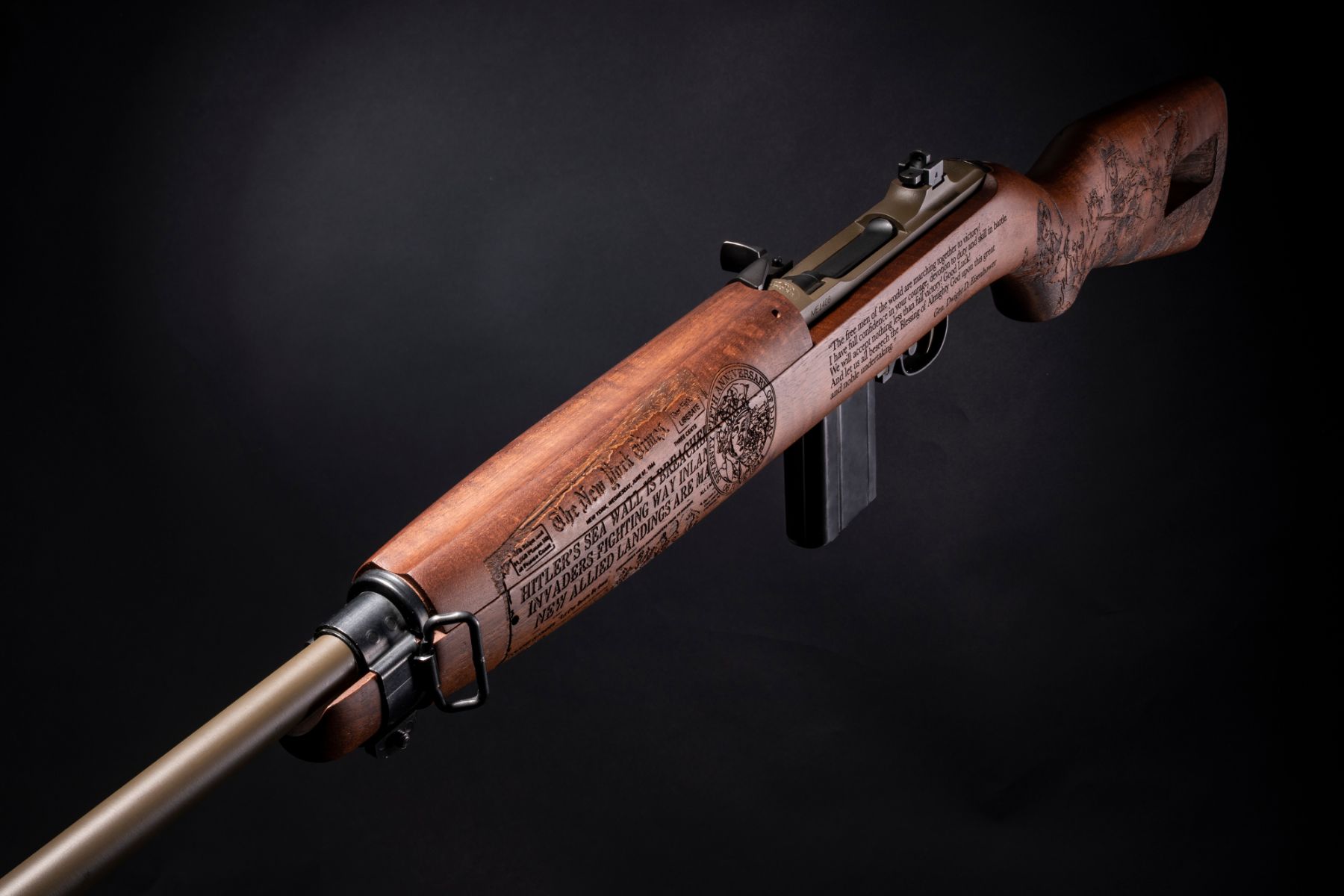 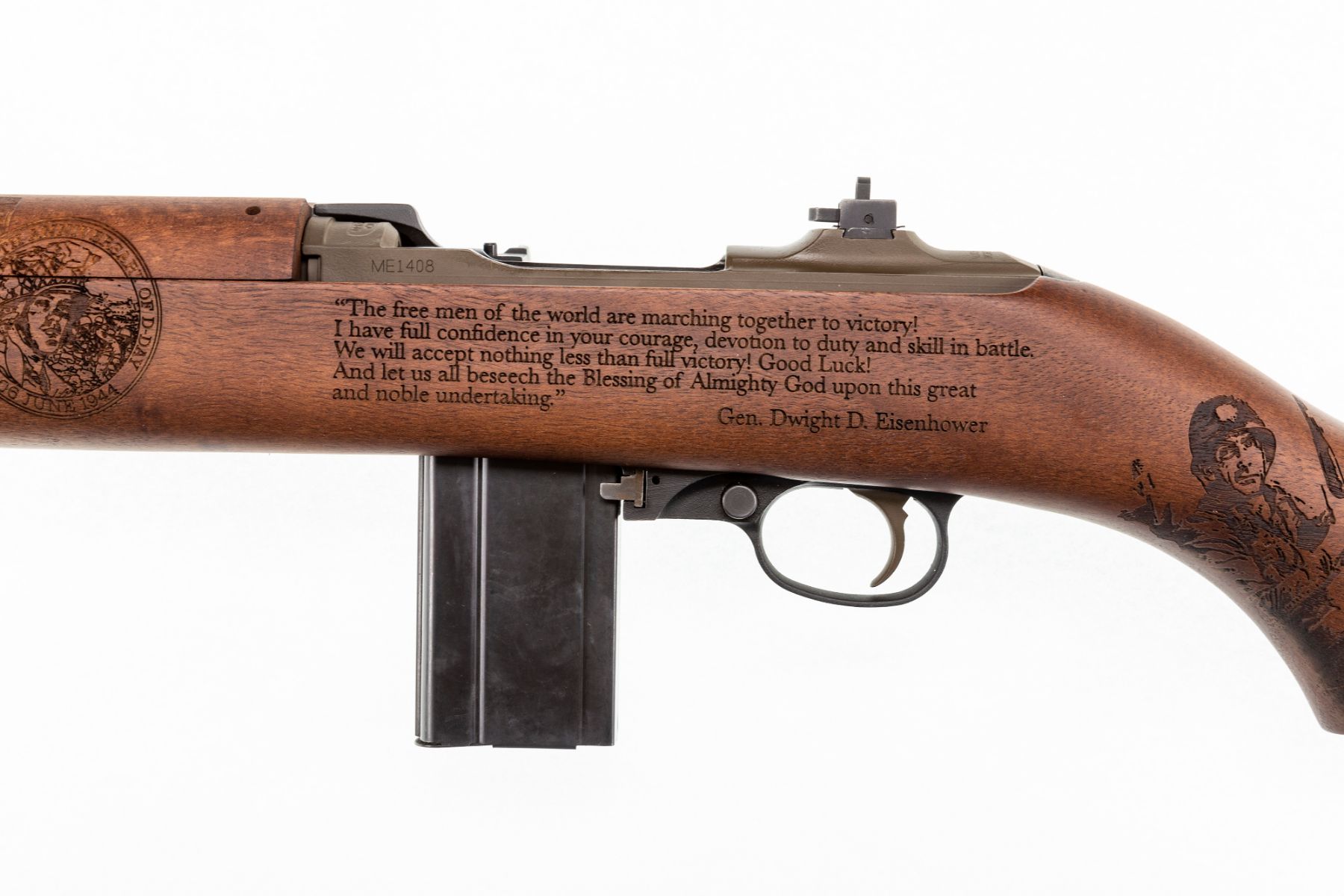 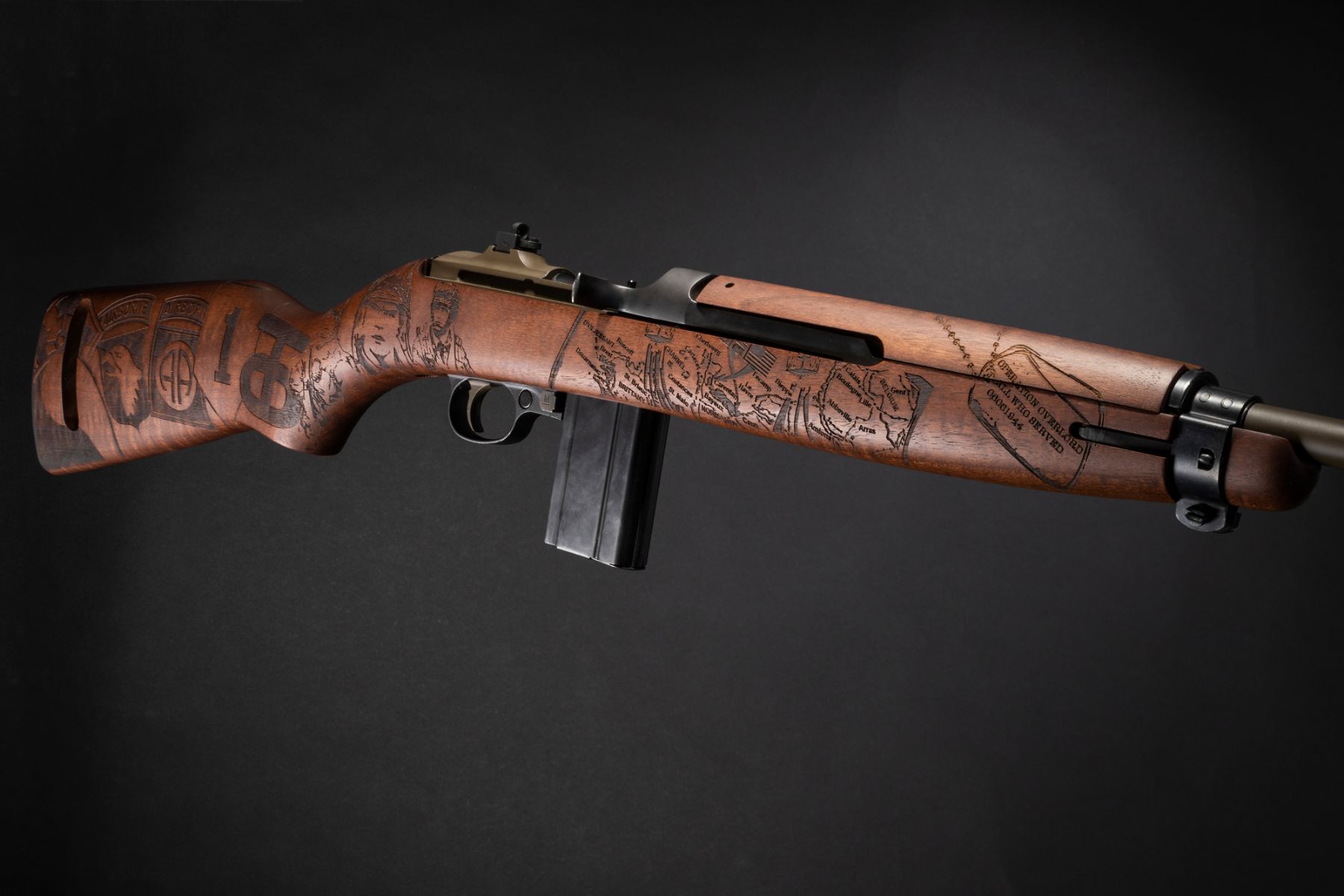