President Trump has voiced strong support for the Second Amendment, speaking at the NRA conventions, and promising to defend the Right to Keep and Bear Arms with a determination that has not been seen in the White House for decades. Kahr Firearms Group extends our thanks to the President for his staunch defense of American shooters with this special edition 1911. Together we will work to make America great again!

The “Trump 1911” starts as a 5” Thompson Custom 1911, chambered in .45 ACP. Its slide and frame are stainless steel, with Thompson medallion inlaid wood grips. The pistol features combat sights, full length guide rod, high sweep beavertail, skeletonized trigger, checkered front strap, and match grade barrel. Engraved on the right side is “Donald J. Trump” with the number 45, and the Seal of the President of the United States. On the left side is a picture of President Trump, the White House, and his slogan “Make America Great Again”. The United States flag is engraved on both sides of the dust cover.

CSSI is the exclusive distributor for the “Trump 45” 1911. Dealers can contact them directly at 800-251-4808 to order, or visit www.chattanoogashooting.com to learn more. 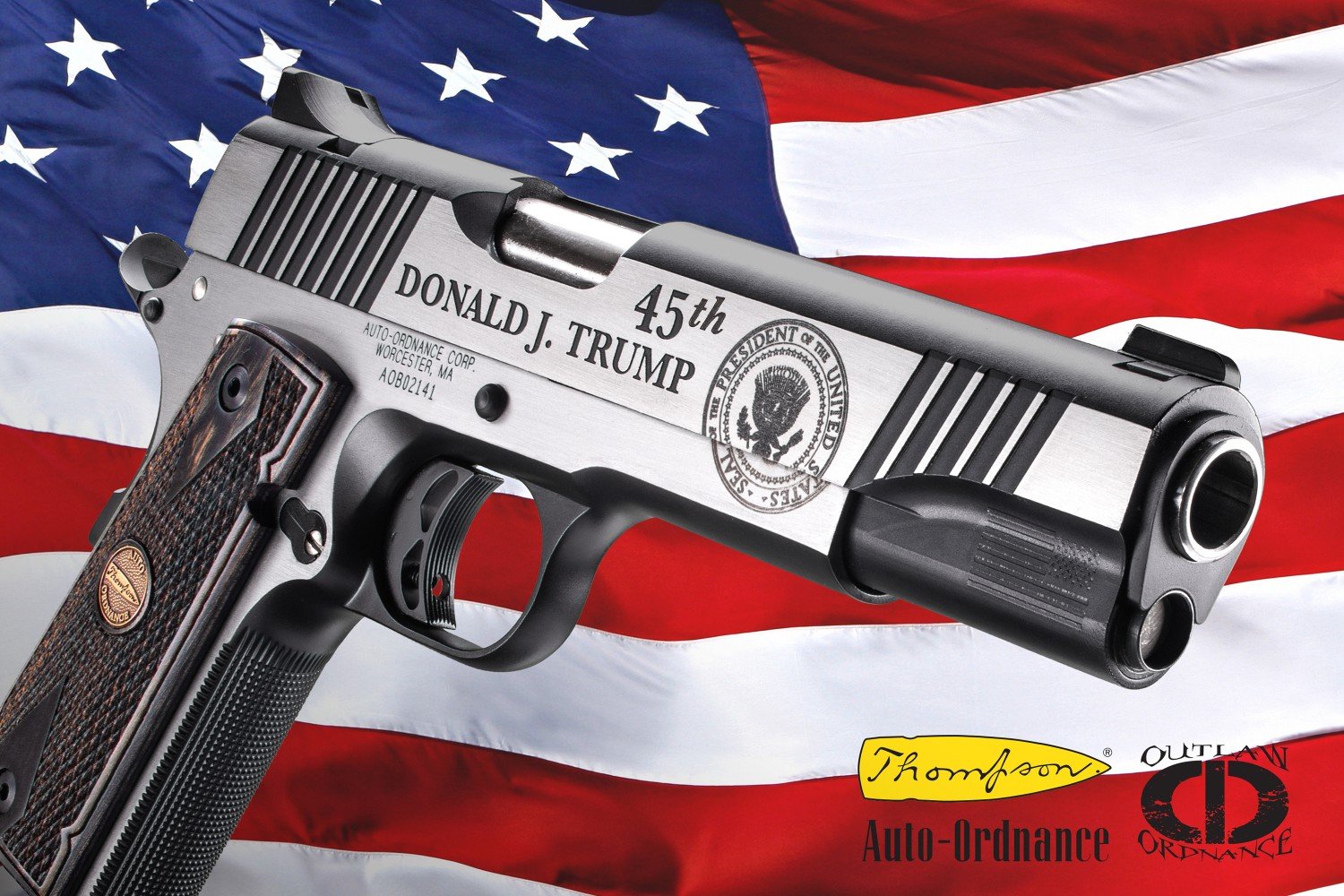 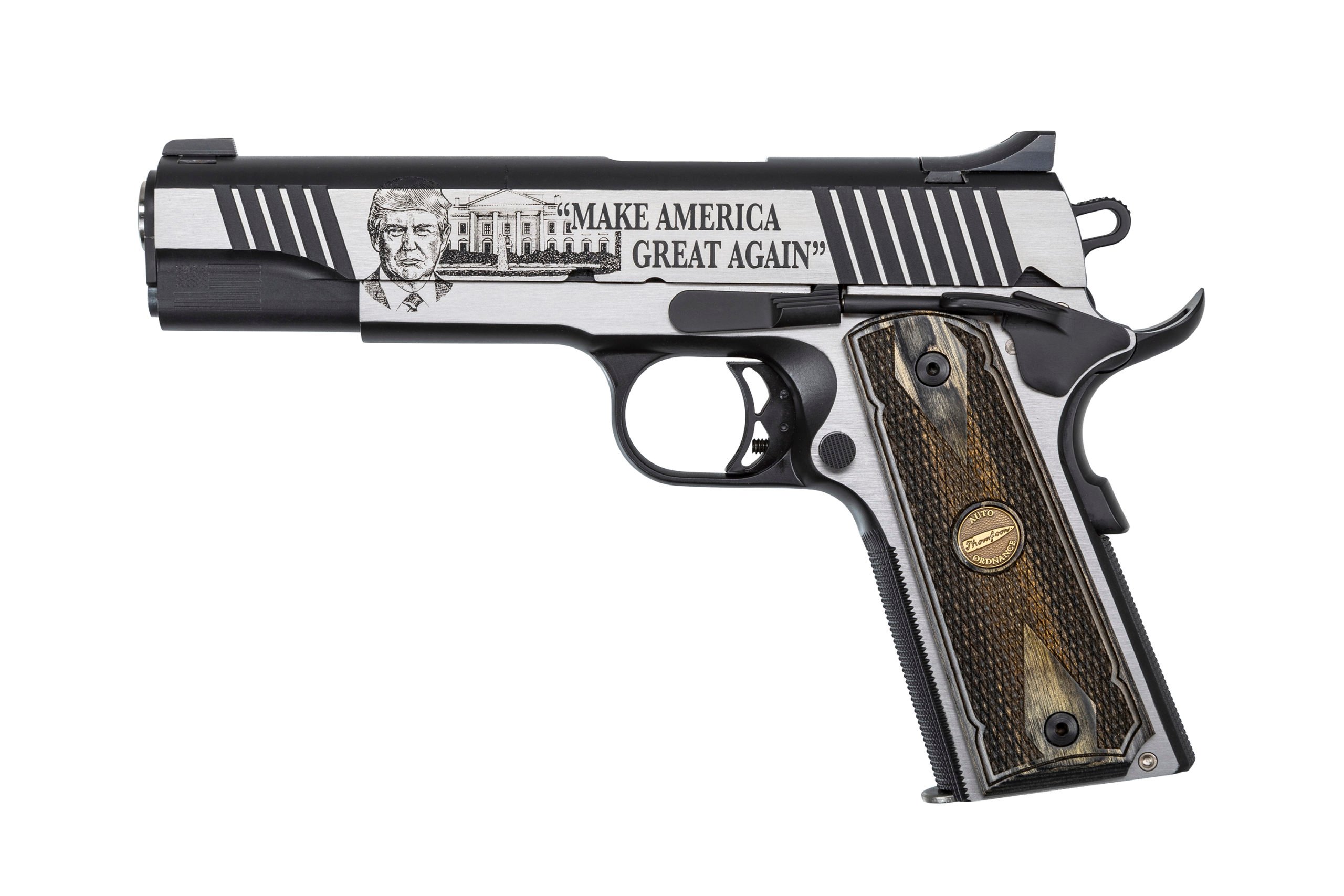 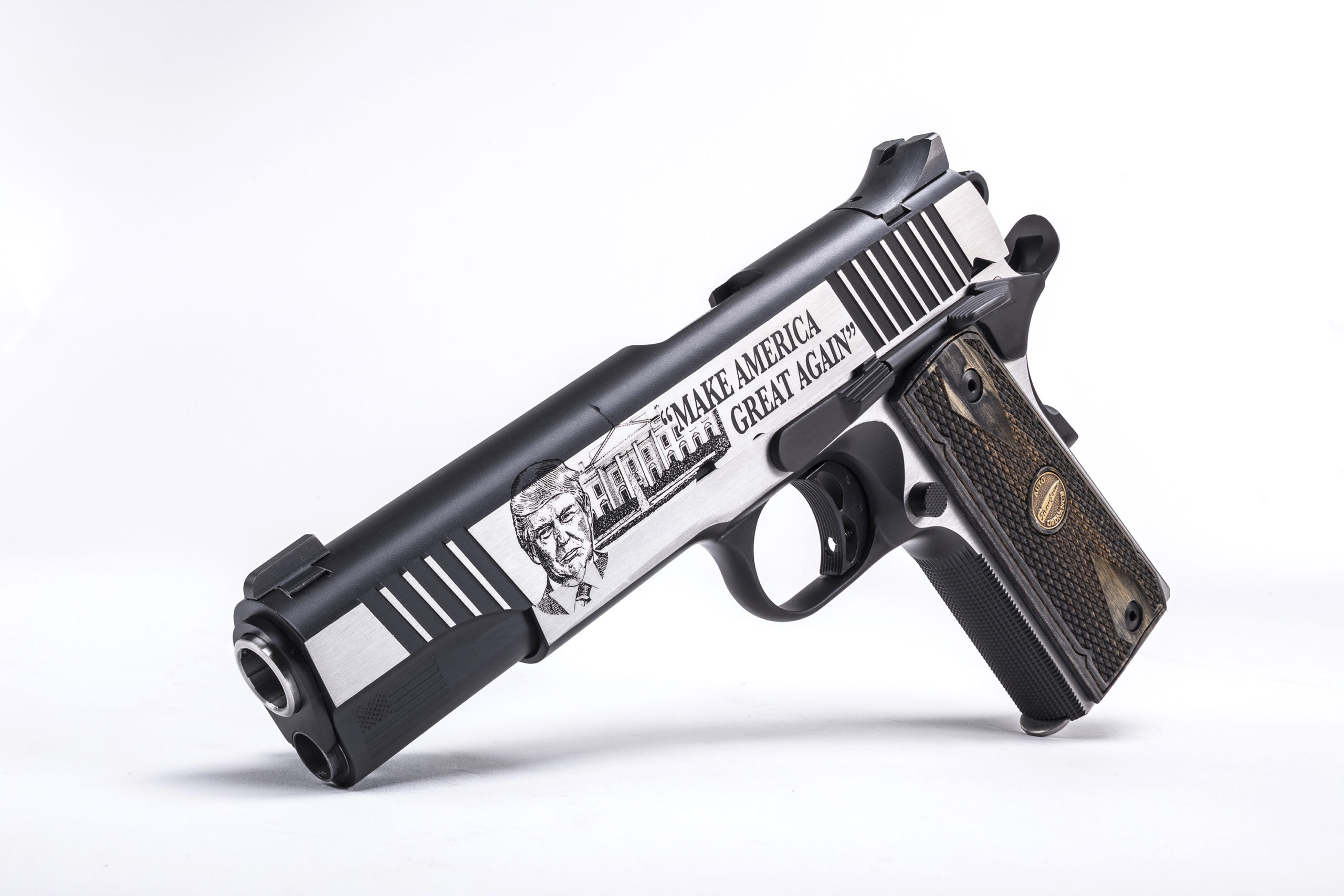 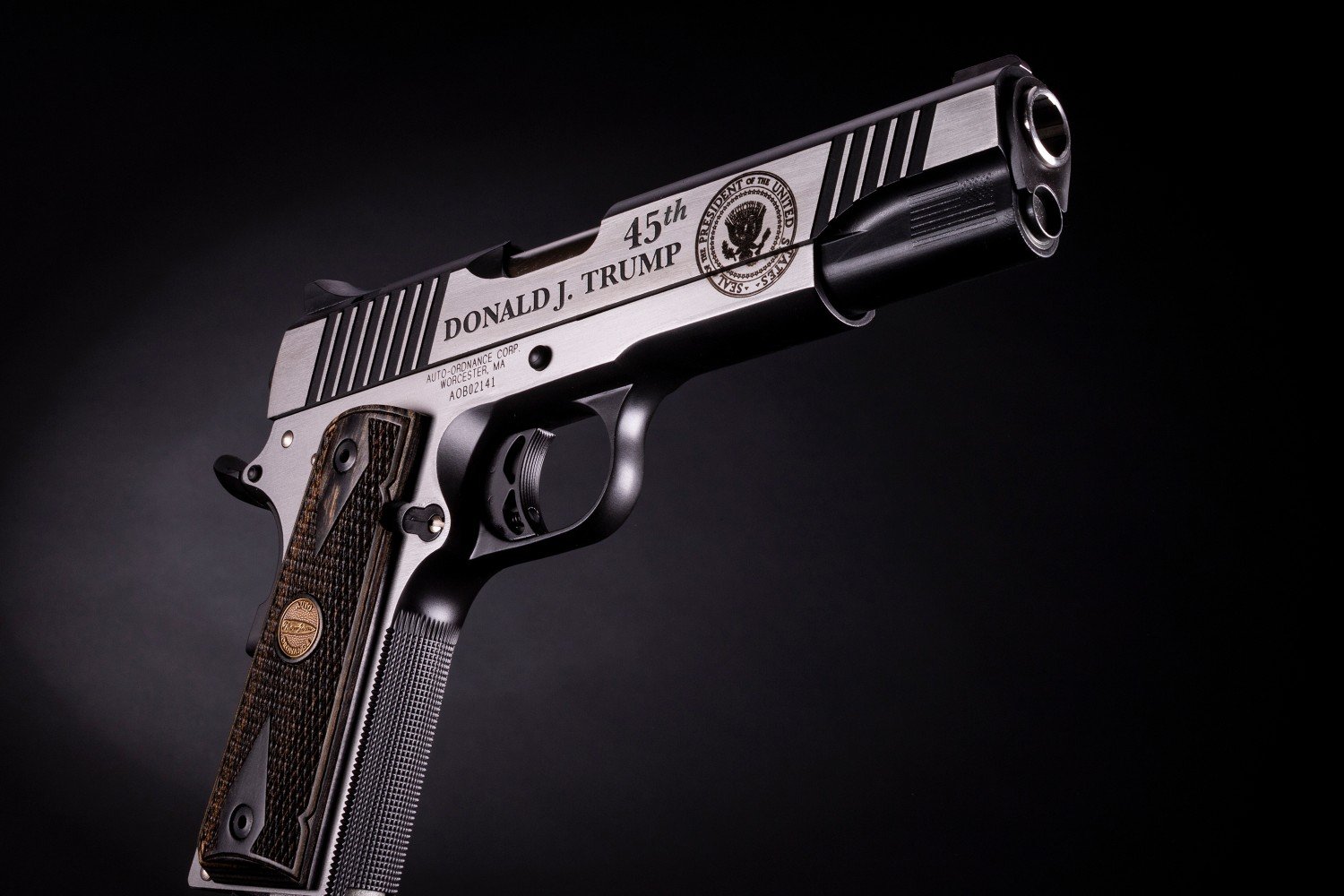 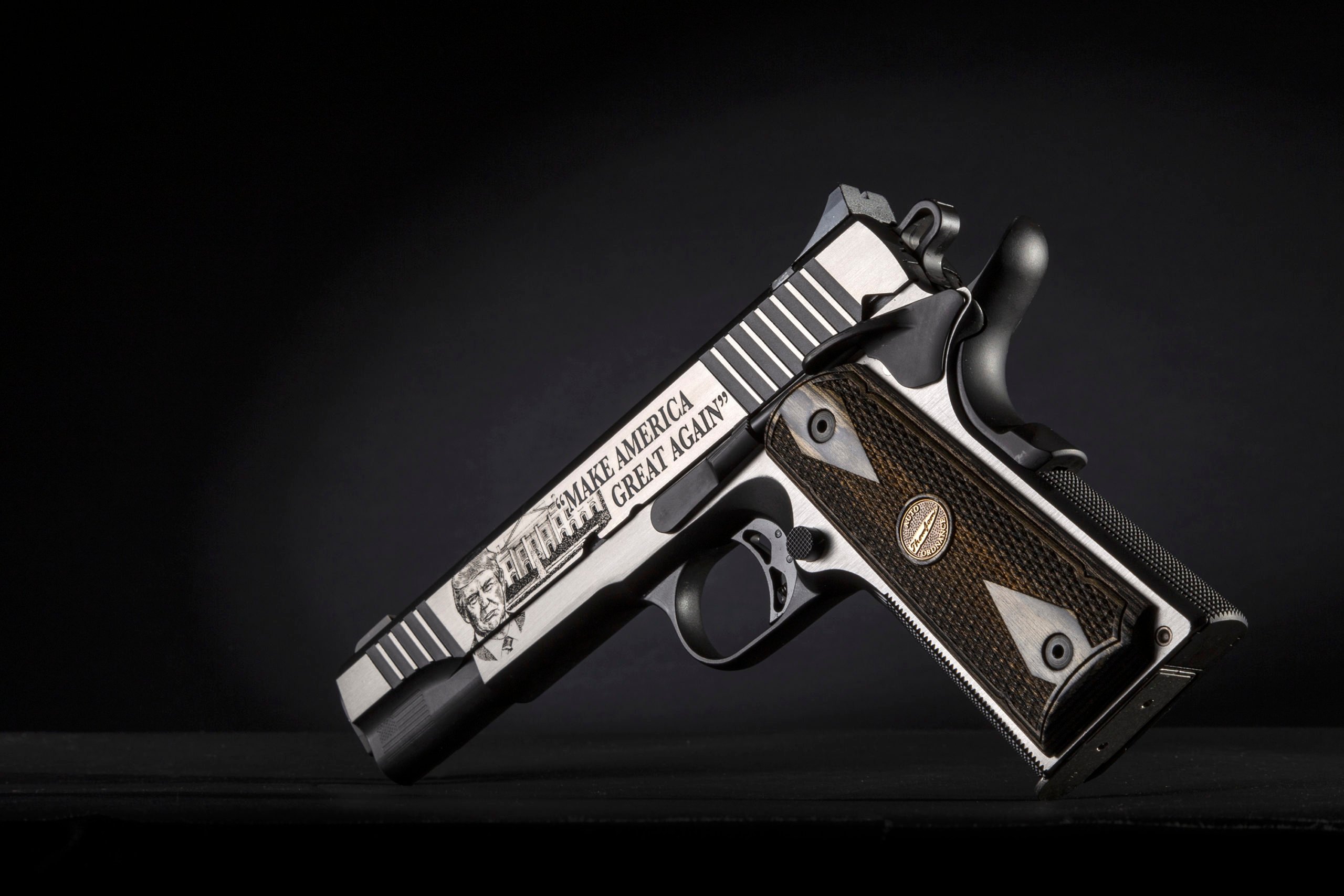