This model features wood furniture engraved with images recalling December 7th, 1941, the “Day of Infamy” when Pearl Harbor was attacked by the naval and air forces of Imperial Japan. The rear stock features highly detailed depictions of the attack on Pearl Harbor that began the long war for the United States. On the opposite side is depicted the B-29 Superfortress Enola Gay, symbolizing the end of the war when the United States forced the surrender of the Imperial Japanese government. Engraved on the front handguard is a battle damaged American flag.

The Auto-Ordnance M1 Carbine is a faithful reproduction of military models, with all steel components, Parkerized finish, and walnut stocks. The “Vengeance” rifle gives shooters an opportunity to own a new firearm that is highly accurate, utterly reliable, and custom engraved to commemorate the conflict enshrining the M1’s role as a vital part of American Military History. 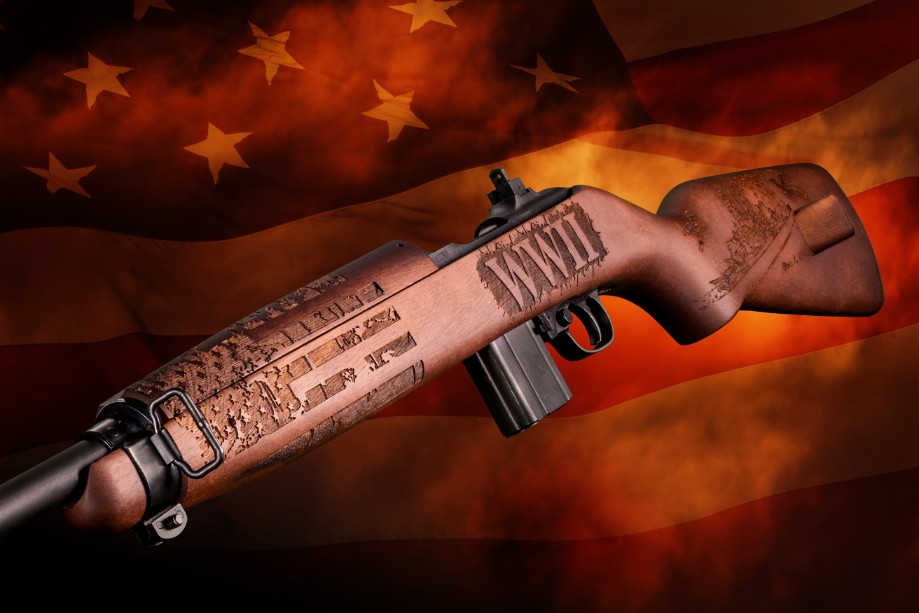 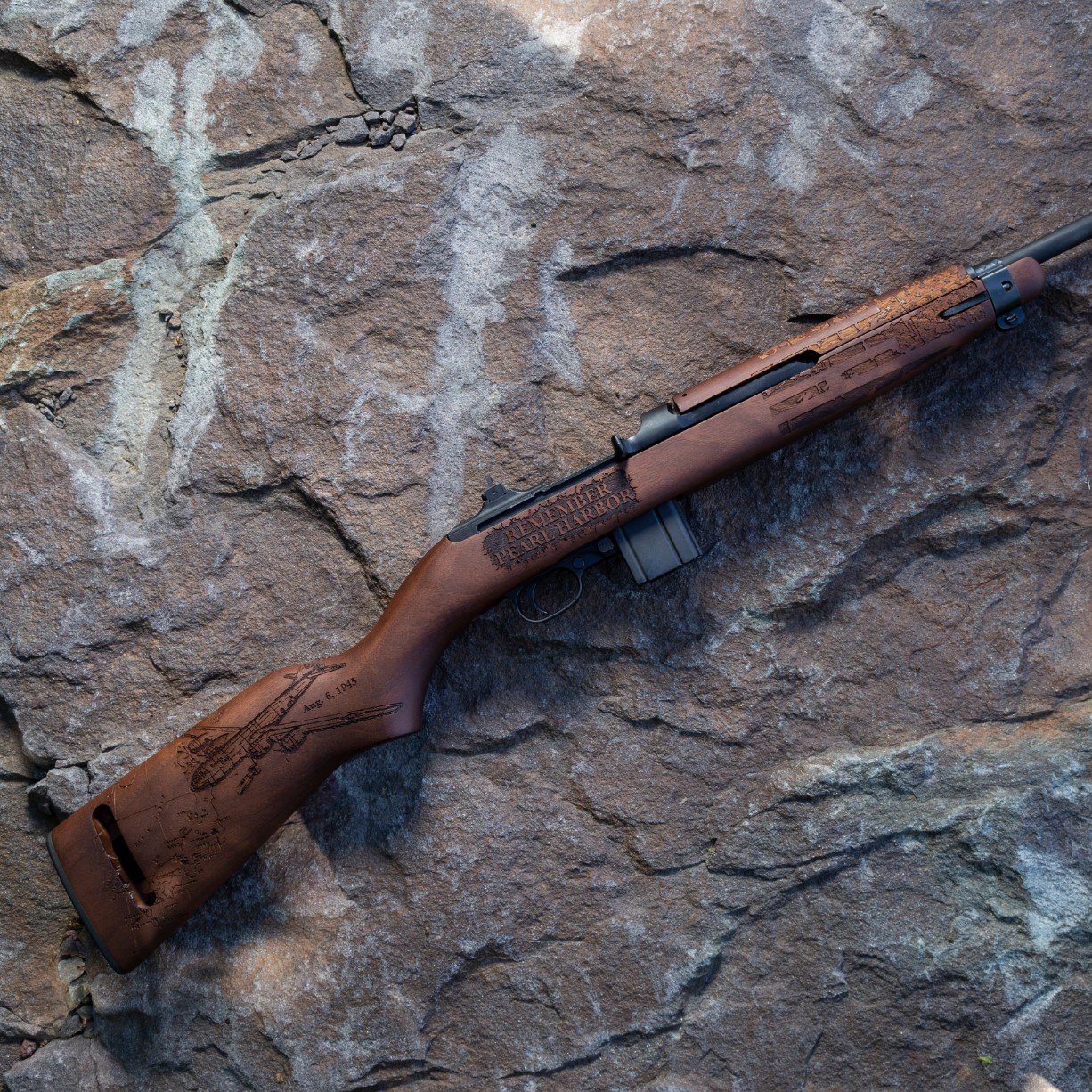 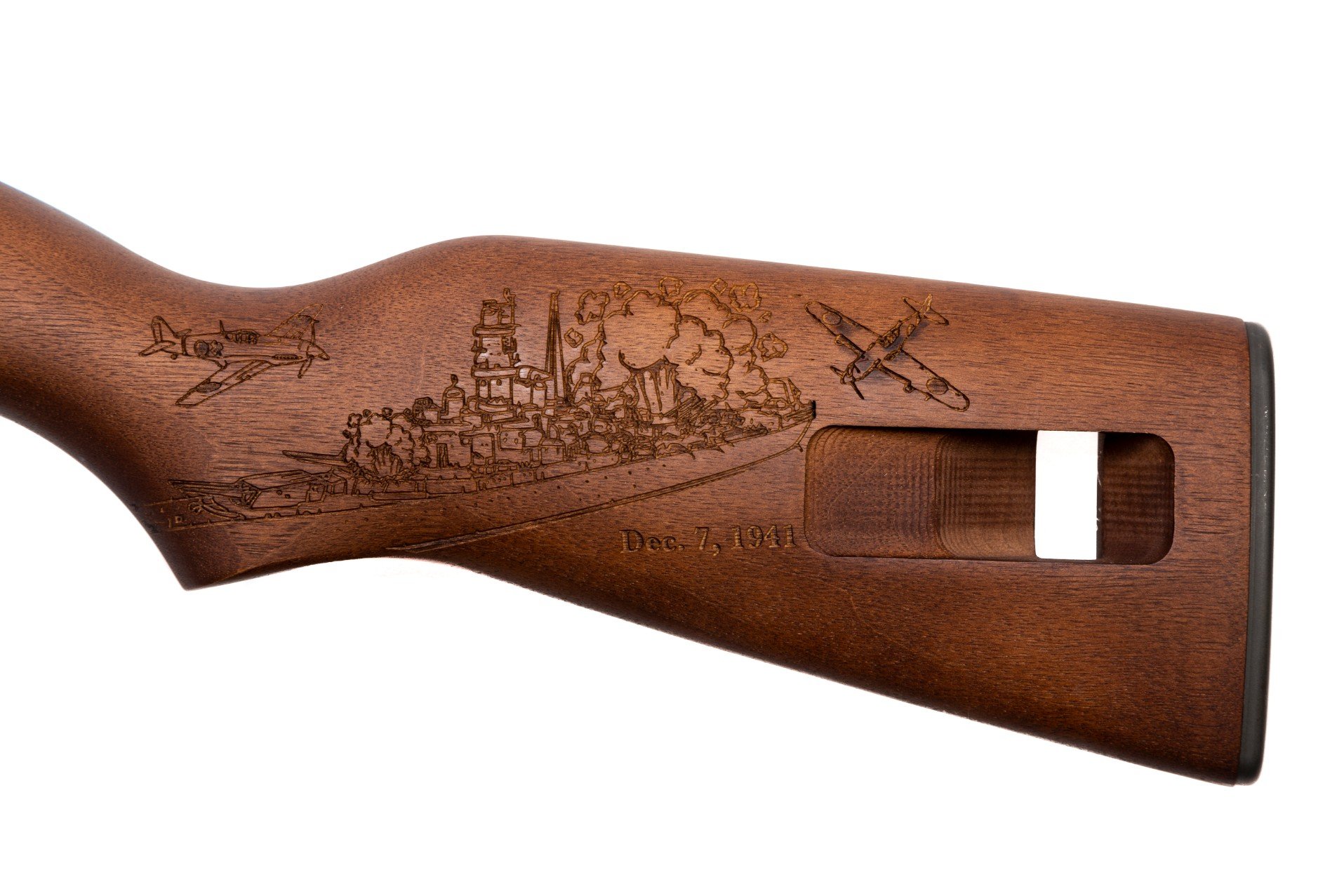 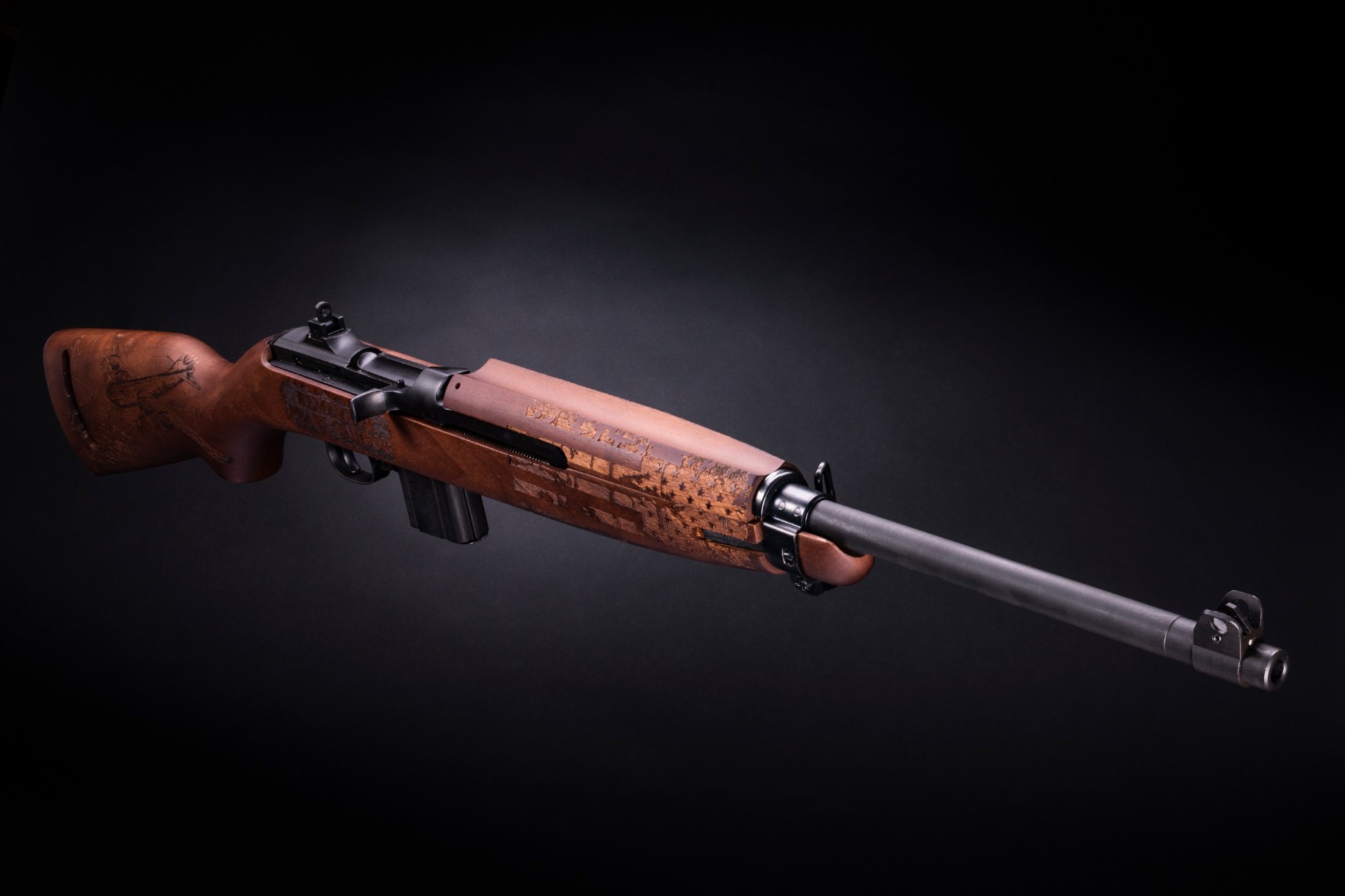 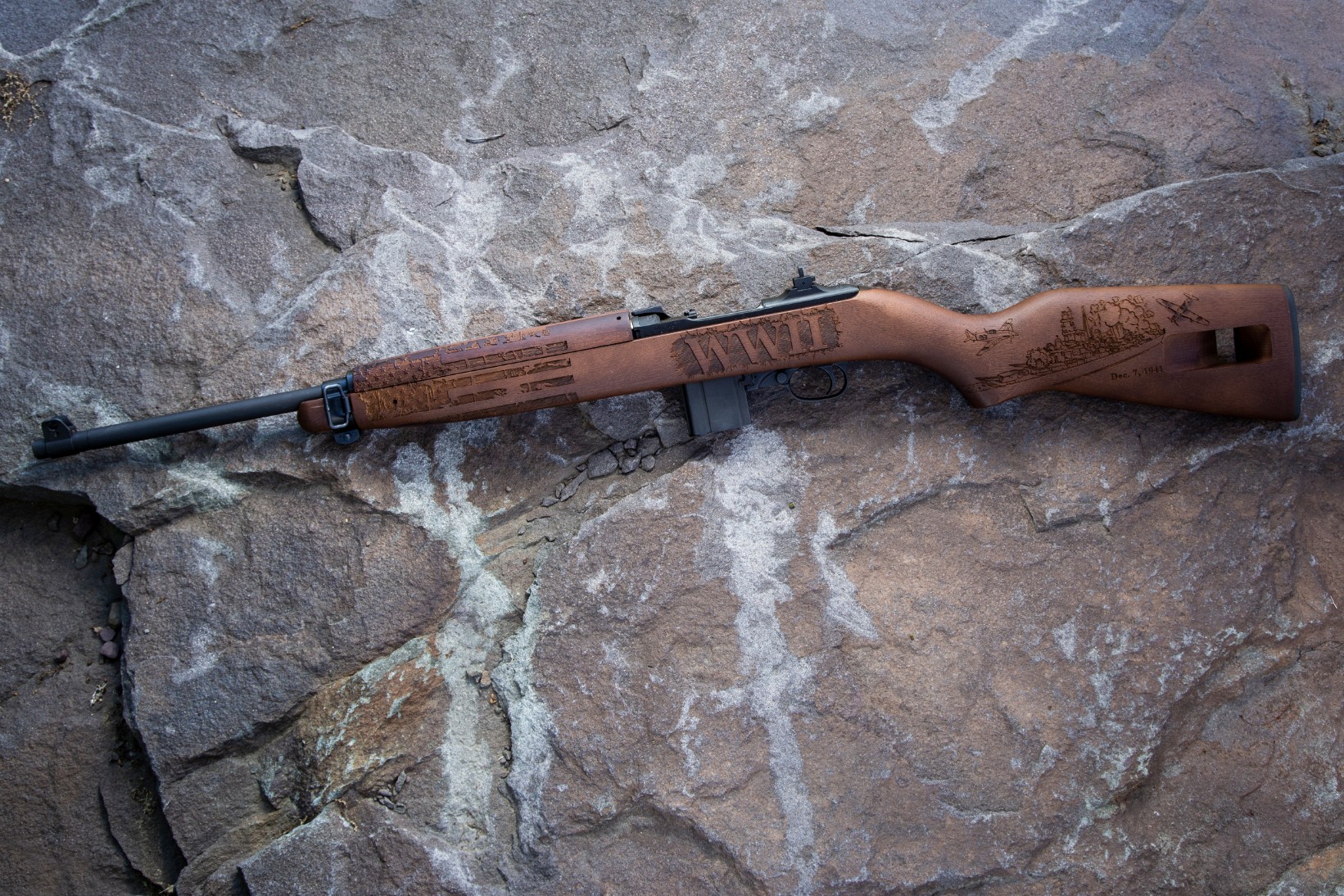