"The Second Amendment to the Constitution is clear. The right of the people to keep and bear arms shall not be infringed upon. Period." With this statement Donald J. Trump, 45th President of The United States, reaffirmed his support for the gun rights of all Americans. With the invention of the Thompson, the United States reaffirmed its ability to deliver defeat to the enemies of liberty around the globe. It is only fitting that these two icons should be combined in the "Trump 45" commemorative Thompson Carbine.

Kahr Arms extends our thanks to the President for his staunch defense of the Second Amendment with this special edition Tommy Gun. Together we will work to make America great again!

The "Trump Thompson" starts as a Model 1927 Tommy Gun, chambered in .45 ACP. It is entirely manufactured in the USA from quality steel and American walnut. On the right side is engraved an American flag, and the image of our 45th President. His name and 45th are engraved on the receiver. The grip contains his famous quote drawing the line at infringing on Americans' rights. On the right stock are engraved the Presidential Seal, American Flag, and the White House. The grip contains another important quote from President Trump defining the Second Amendment as America's "first freedom". The receiver contains President Trump's promise to "Make America Great Again". The finish is highly durable Cerakote in Armor Black, and Cerakote Clear over high polished flats. 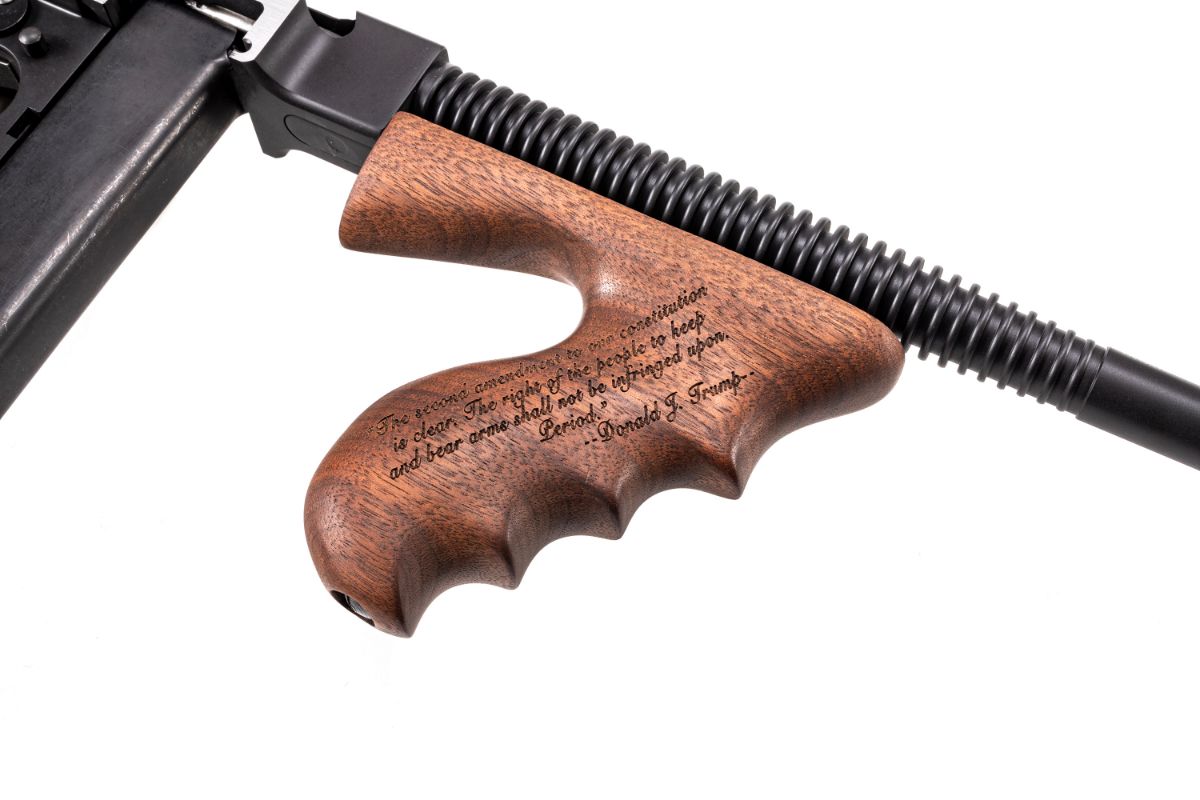 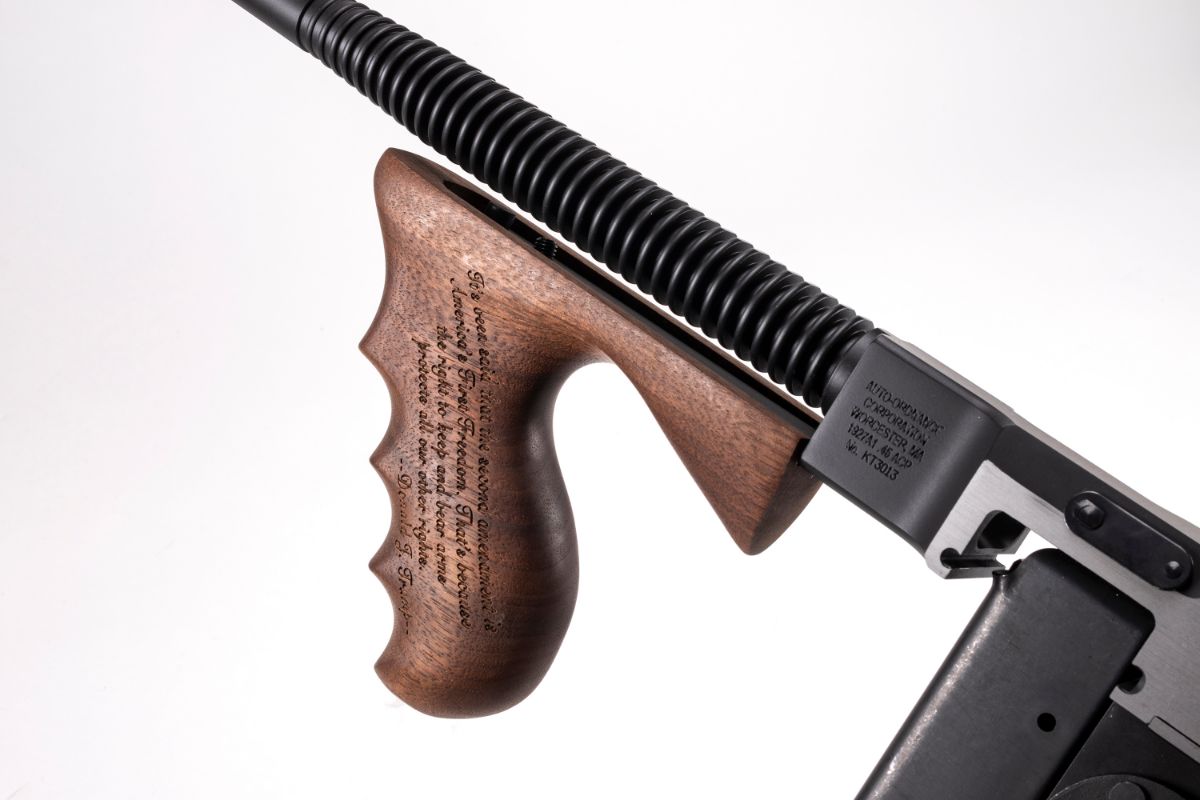 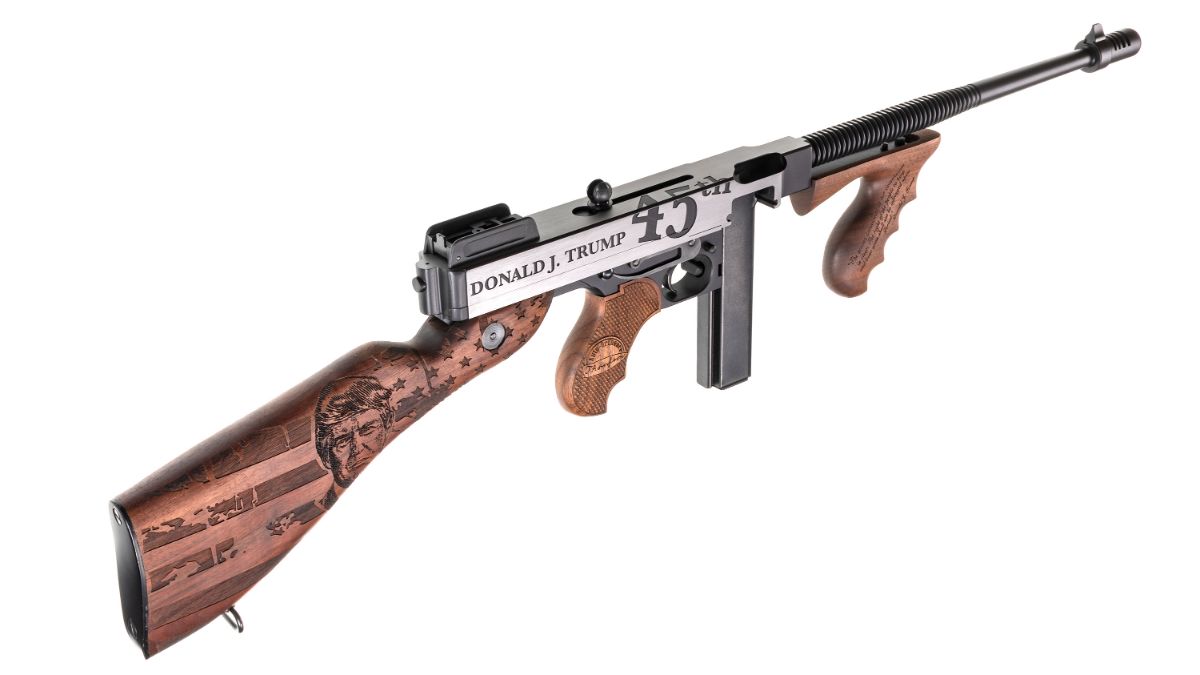 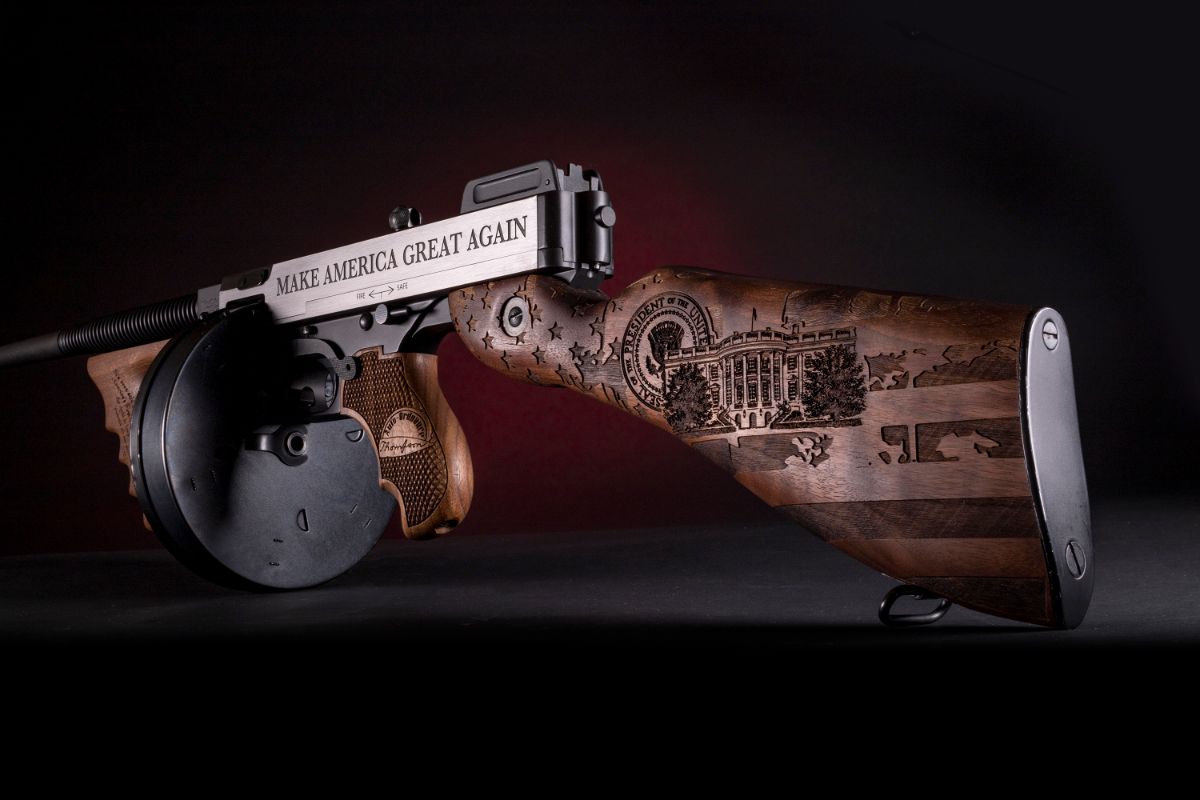 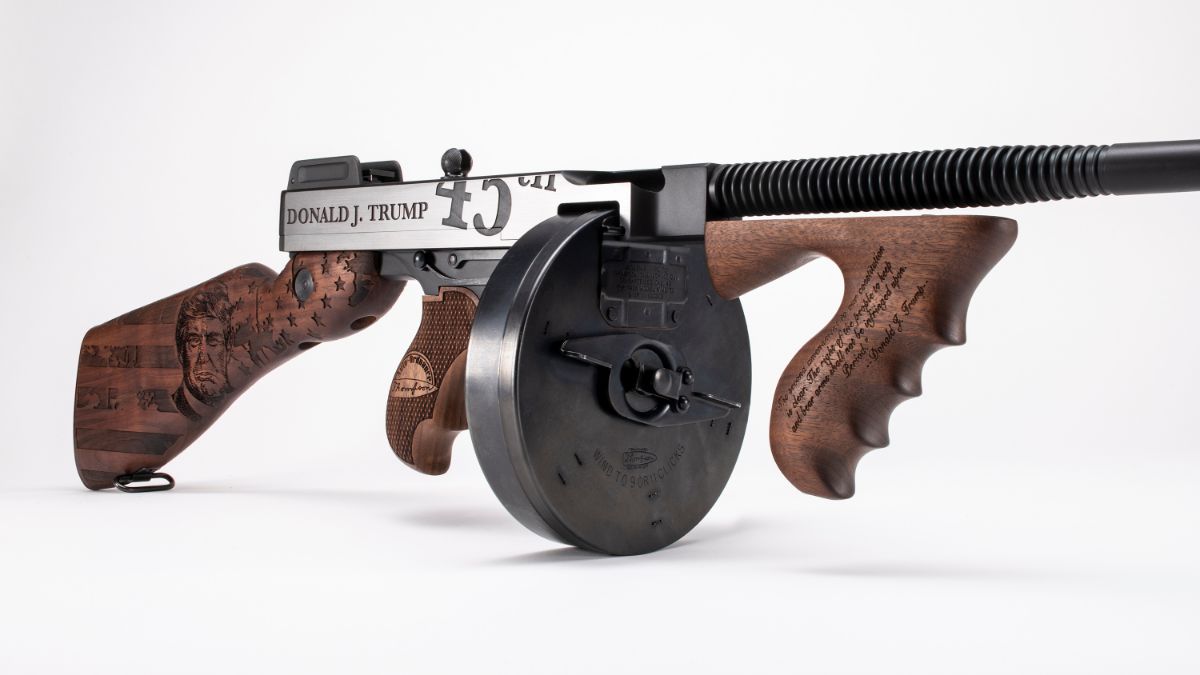